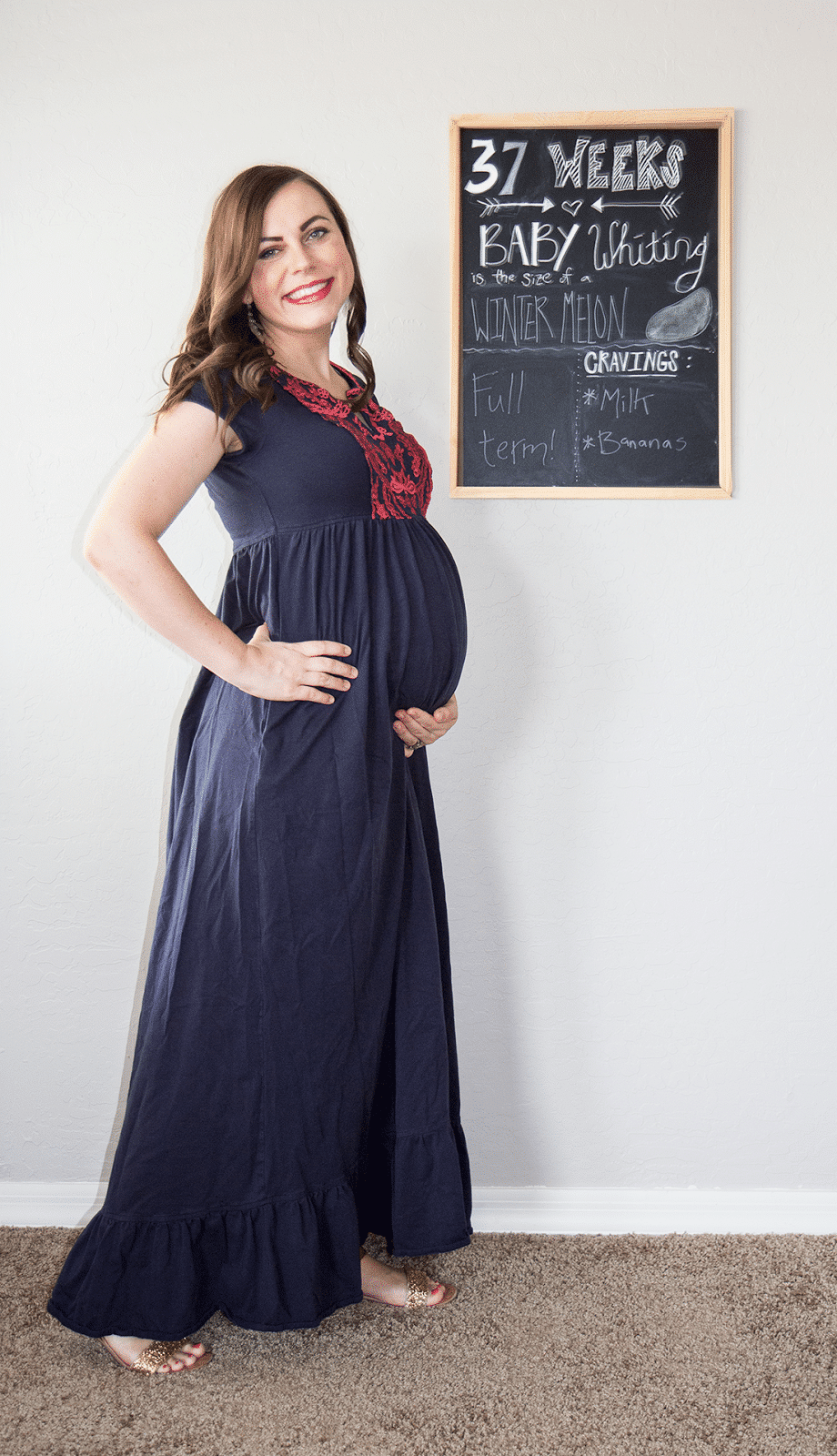 37 Weeks
Baby is the size of a winter melon
FULL TERM!
Feeling: This week my body took an interesting turn! It’s monsoon season in Arizona, and the pressure change is known to throw many women into labor! Early in the week I felt great thinking I still had weeks, but as the week progressed I start to feel some new aches and pains and intense moments. The Dr. confirmed I’m not dilated and probably have a few weeks still, but oh boy, that hasn’t stopped some intense contracts and painful moments making me think labor was nigh during a crazy storm Monday night! Luckily I grabbed some clothes and most the items I think I need in my hospital bag, all the stuff for the little man, and decided to just sleep off some of the pain. I woke up feeling like I’d run a serious race- only the ache was all internal. I think my body took a beating with contractions and a little boy who likes to kick hard after each one. It’s been a new sensation, but hopefully this helps my body be a little more prepared for the pain and effort the big day is going to take!
Body Changes: I’m up half a lb. this week, measuring normal, but feeling huge. He’s a little lower, and it’s giving me the Winnie-the-Pooh effective with the shirt not quite covering the lowest part of the belly. I’m starting to wear mostly dresses, which is a problem when you have to do an ultrasound and hospital monitoring twice a week. I guess it’s time to give up any sense of modesty now and accept medical professionals are going to see everything sooner than later. I’m refusing to buy more maternity clothes, so if I have to wear the same thing every-other-day, so be it!
Sleeping: I had one night this week full of contractions and other weird aches that kept me up for several hours. I woke up so tired the next day and my body just felt different. Other than that I’ve been pretty lucky to sleep- even through most of the biggest monsoon Arizona has seen in decades!
Dream of the week: Star Wars + a choose your own adventure story became part of my dream as Harrison Ford, Chewbacca, and I (not pregnant) ran through many scenes from Star Wars movies and battled the Empire. I can’t make these things up people, I haven’t seen Star Wars in over a decade!

I do always wake up and see my large pregnant belly after my very active, very adventurous dreams and think “Agh man!” Apparently my subconscious is in strong denial that we can’t move much, or even fly right now.
Fitness: I’m walking daily! I’ve had to slow down slightly and not go as far, but I really think it makes all the difference in my swelling and sciatic pain, so I’m trying to get in at least 10 minutes of waddling on the treadmill no matter what!

Craving: Milk and dairy! I’m so glad these are back on my safe list, and that I’m drinking milk that expires after my due date. I’ve always loved bananas with peanut butter and wanted that combo for a snack almost every day this week. 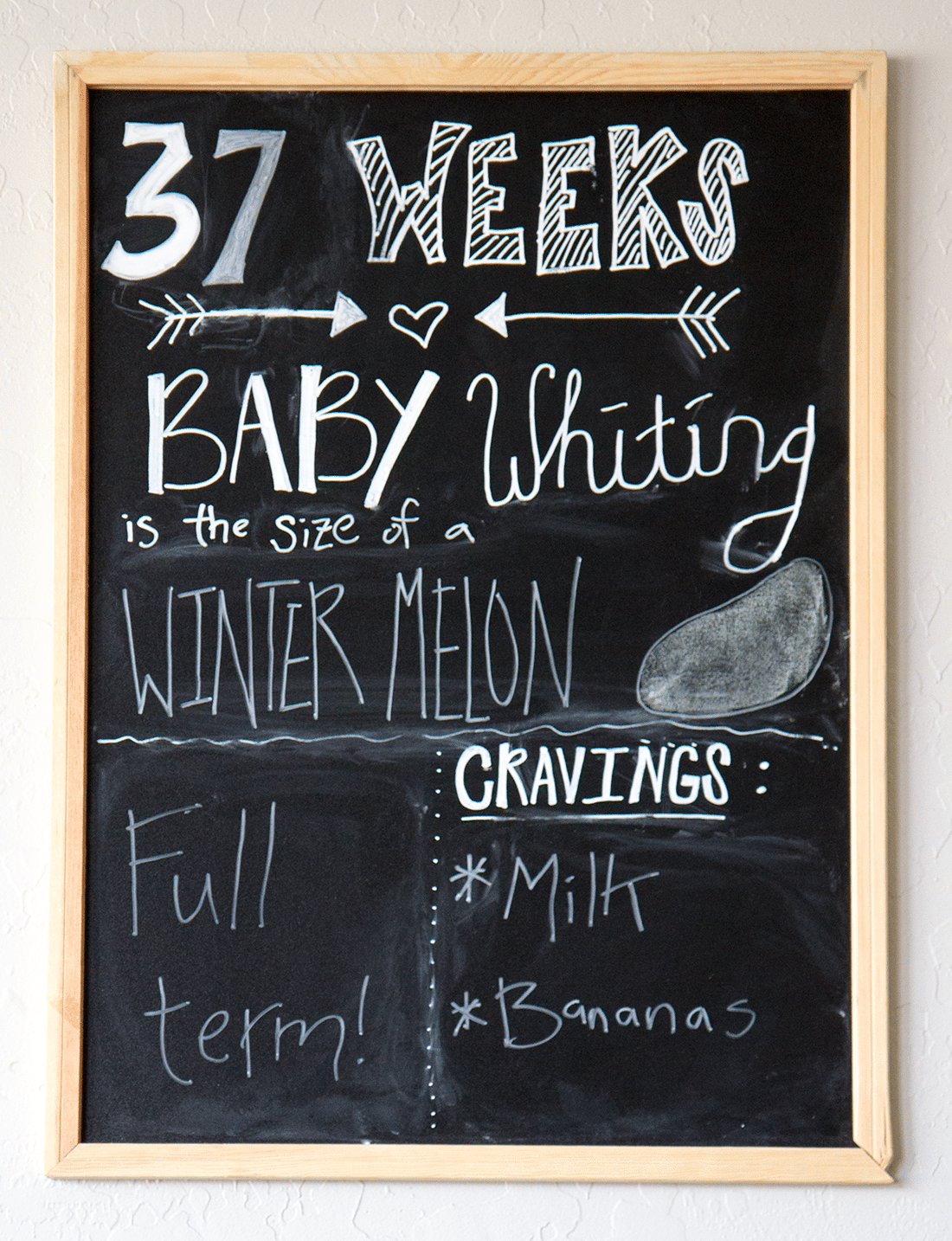 Baby Update:
I’m loving this ultrasound every week thing! Every other week they check the weight and measurements of the little guy thoroughly, and the off weeks we just check the fluid, cord blood flow, and that he’s moving. I had one of the more relaxed ultrasounds this week and really just enjoyed watching him move! After watching our nephew be born at 37 weeks via emergency c-section and stay in the NICU about two weeks due to the cord being wrapped around his neck three times and minimal movement, I’m learning to love the crazy jabs I get and the ultrasound view of a very active boy! Nothing like perspective to help you get through the pain and the discomfort of the final stretch.
He learned a new trick this week that the ultrasound tech told me is pretty advanced and called our kid an “over-achiever” buttering me right up. Maybe she’s lying or says this to everyone about their baby, but I can’t think of many newborns who can do his trick! Lots of babies in the end learn how to suck and breath, it’s an essential life function that comes in the final weeks. We saw this a few weeks ago and I was so relieved to hear and see he’s learned it early! Most know how to suck their thumb very early on too, so watching them with strong sucking motions while breathing is really cool and huge relief most moms get to see in the last week or two if they are being regularly monitored! I thought he’d stop there and not work his reflexes any more, but he’s shocking us and still trying to figure out the world around him! During this ultrasound we saw him grab his feet and start inspecting them (engineer’s kid for sure). That’s kind of a trick most babies don’t do in gestation apparently. He was playing with his toes and then decided to try to suck on his feet! Apparently that’s pretty advanced and not something many newborns do yet- it takes a few weeks. Good job little guy, way to give us a show on a down week and impress the doctor’s office! I guess I now know why the area around my belly button has been extra sore and even bruised this week- he is forcing his little legs in that already cramped area to play with and suck on his toes! 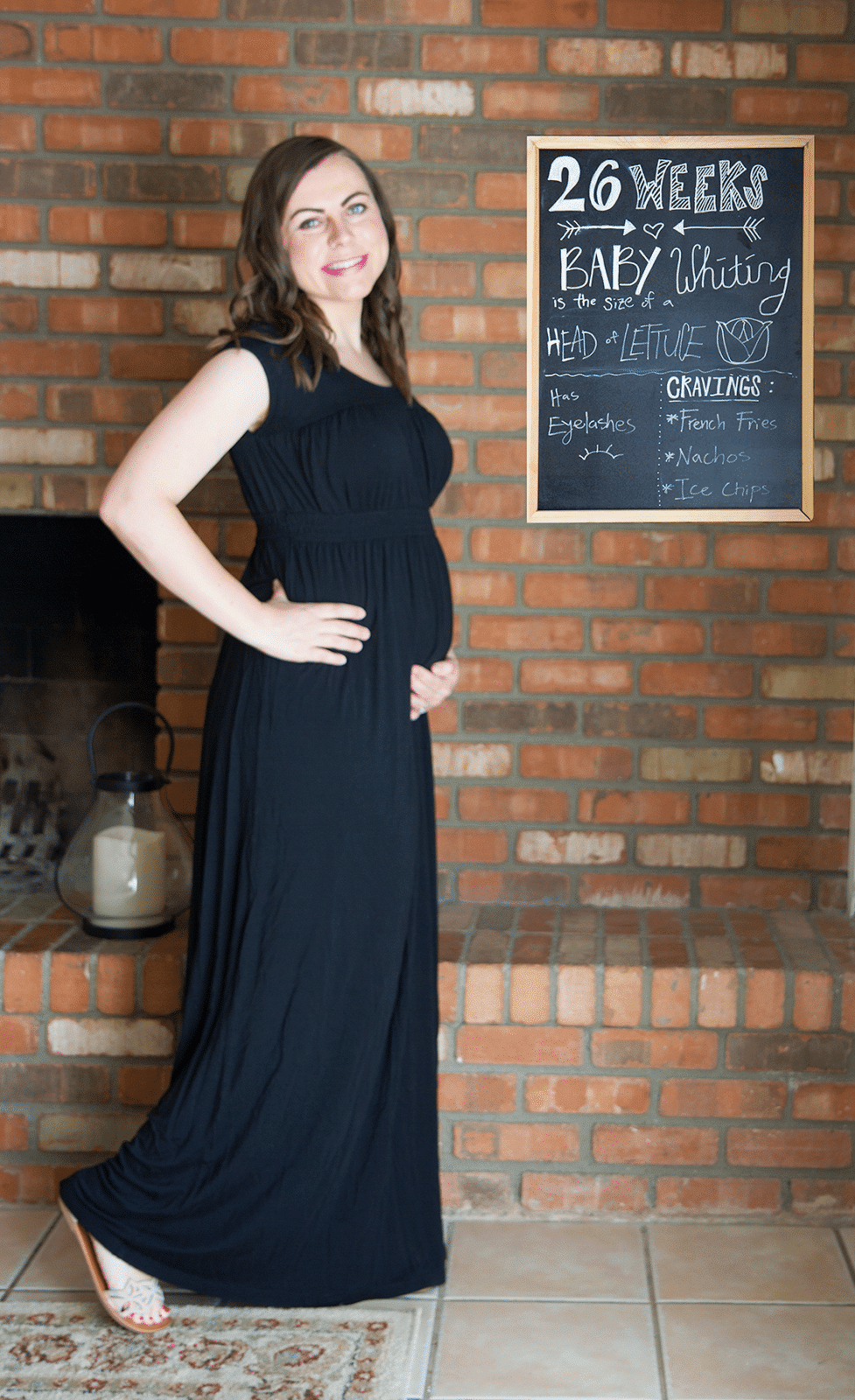 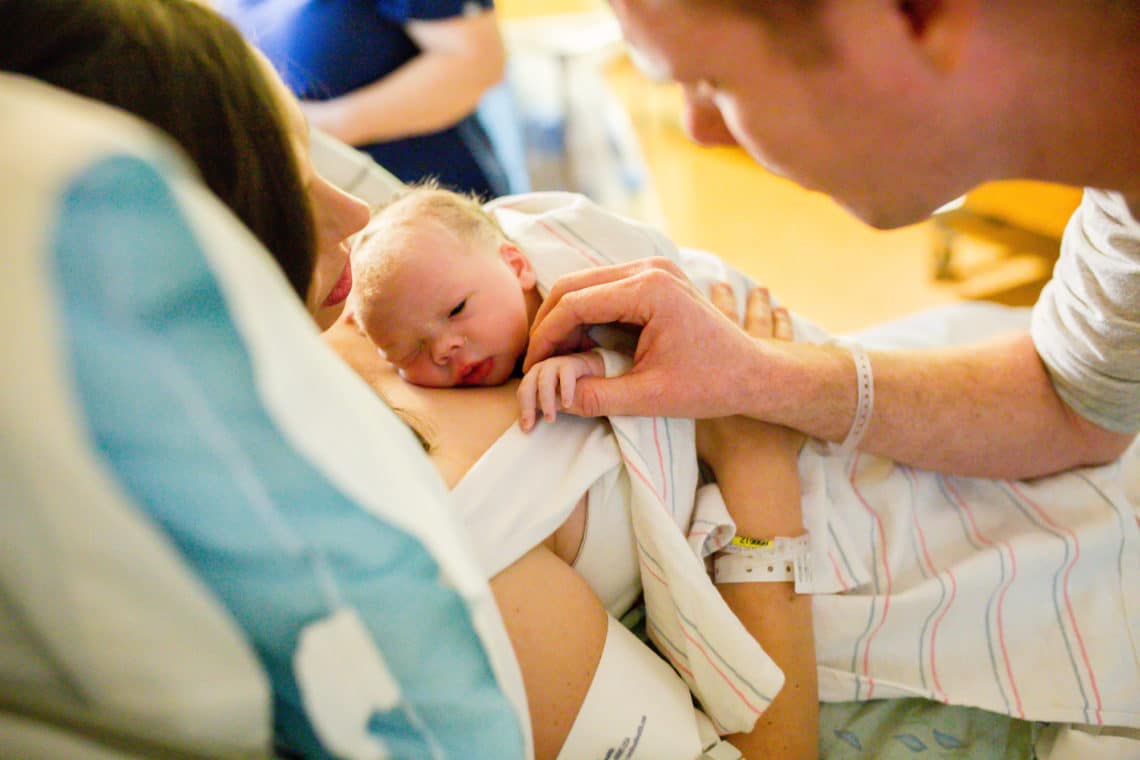 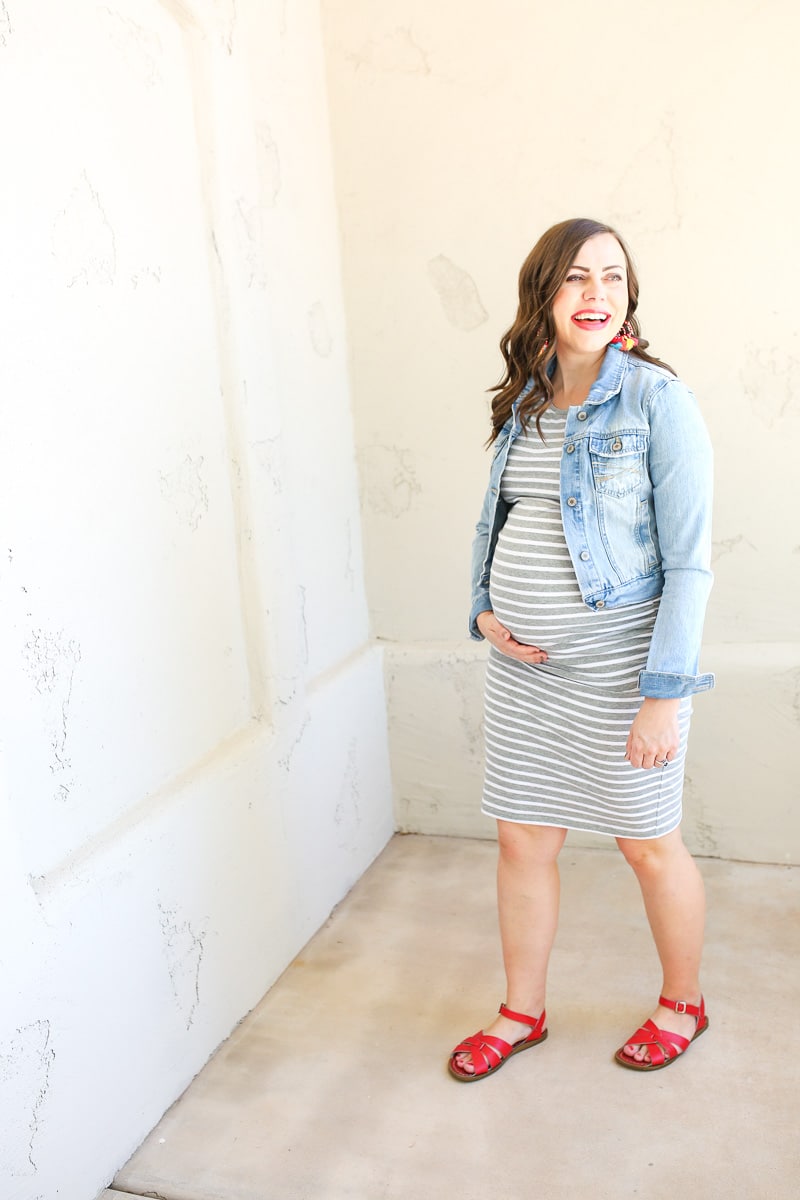 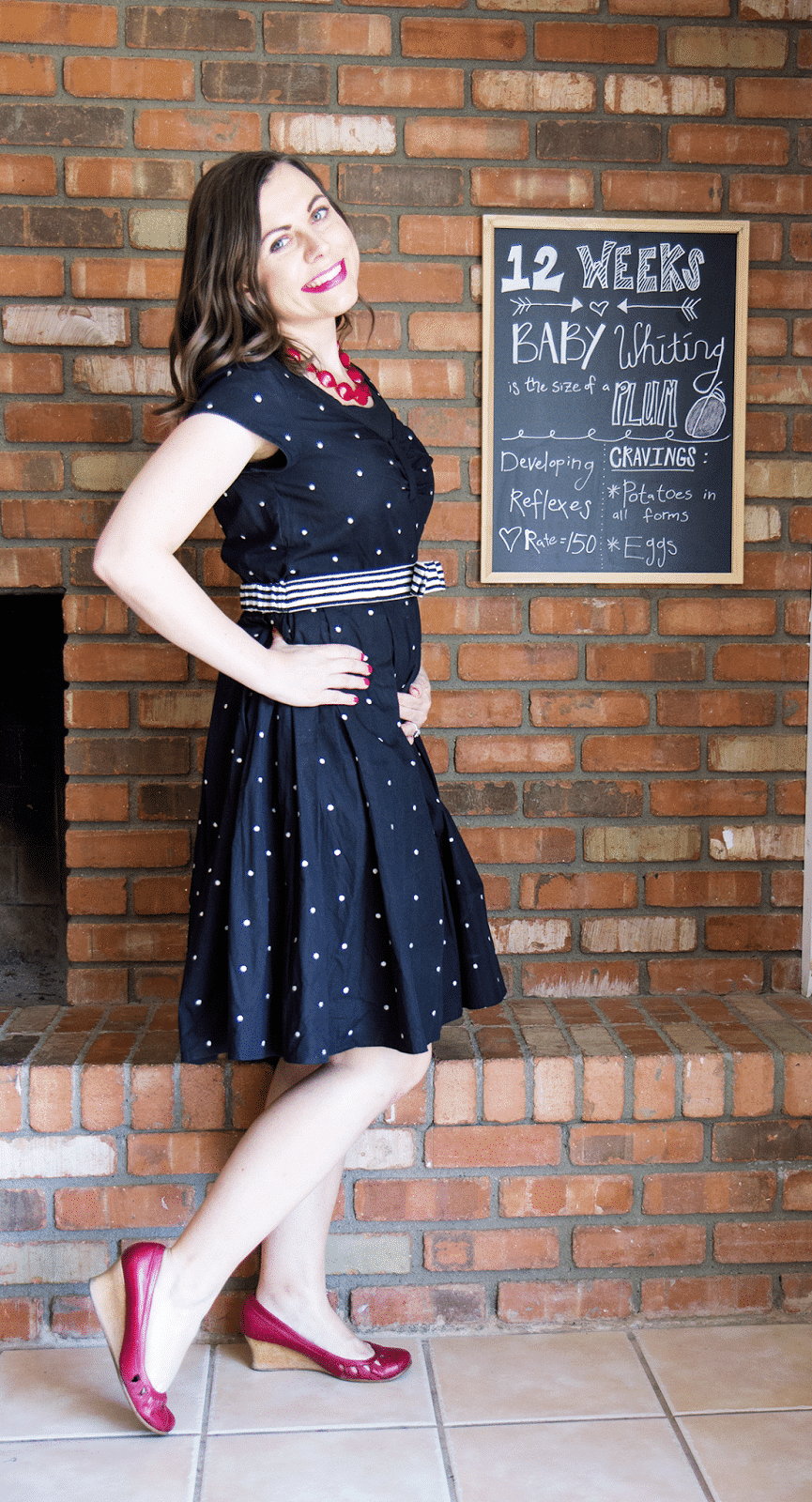 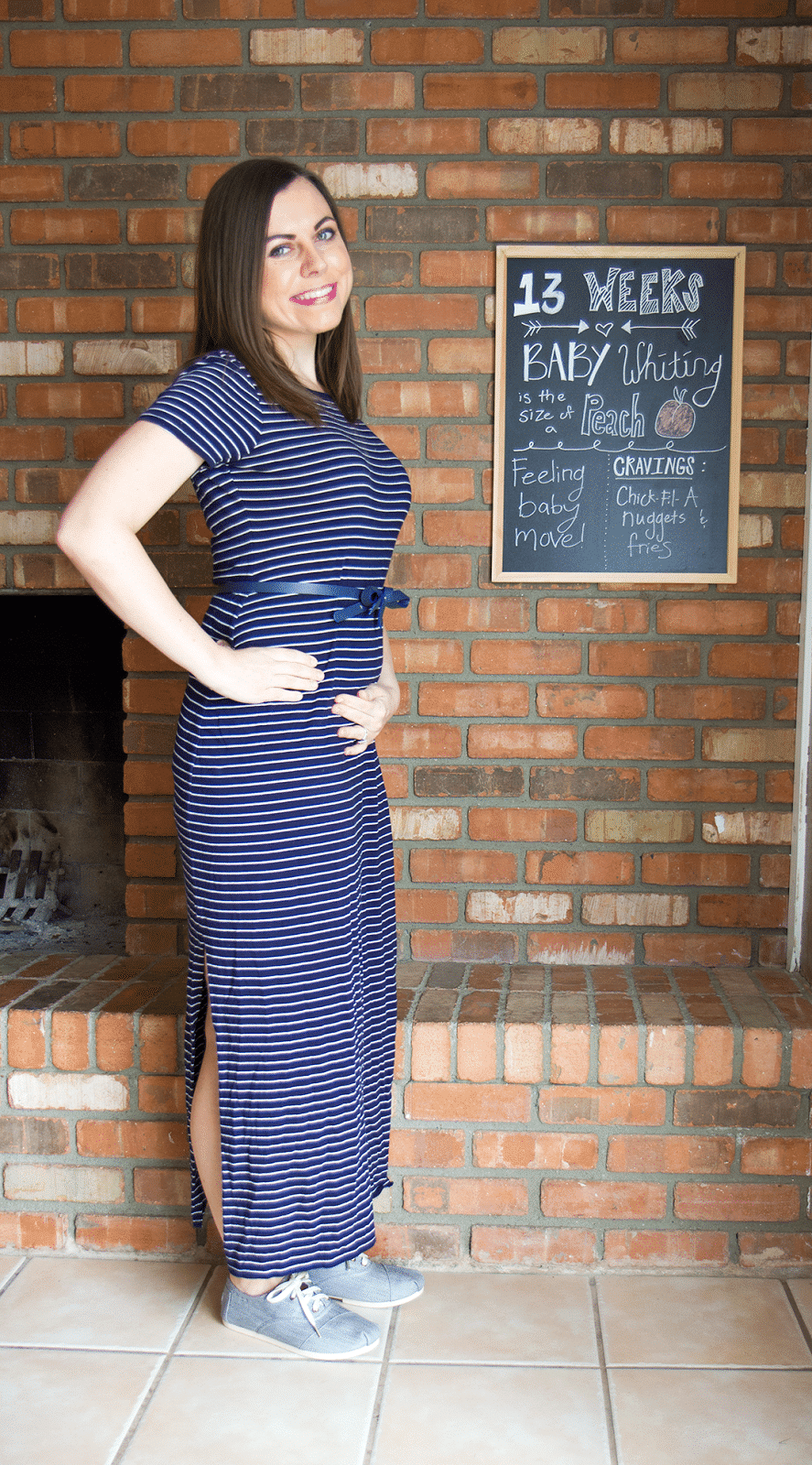 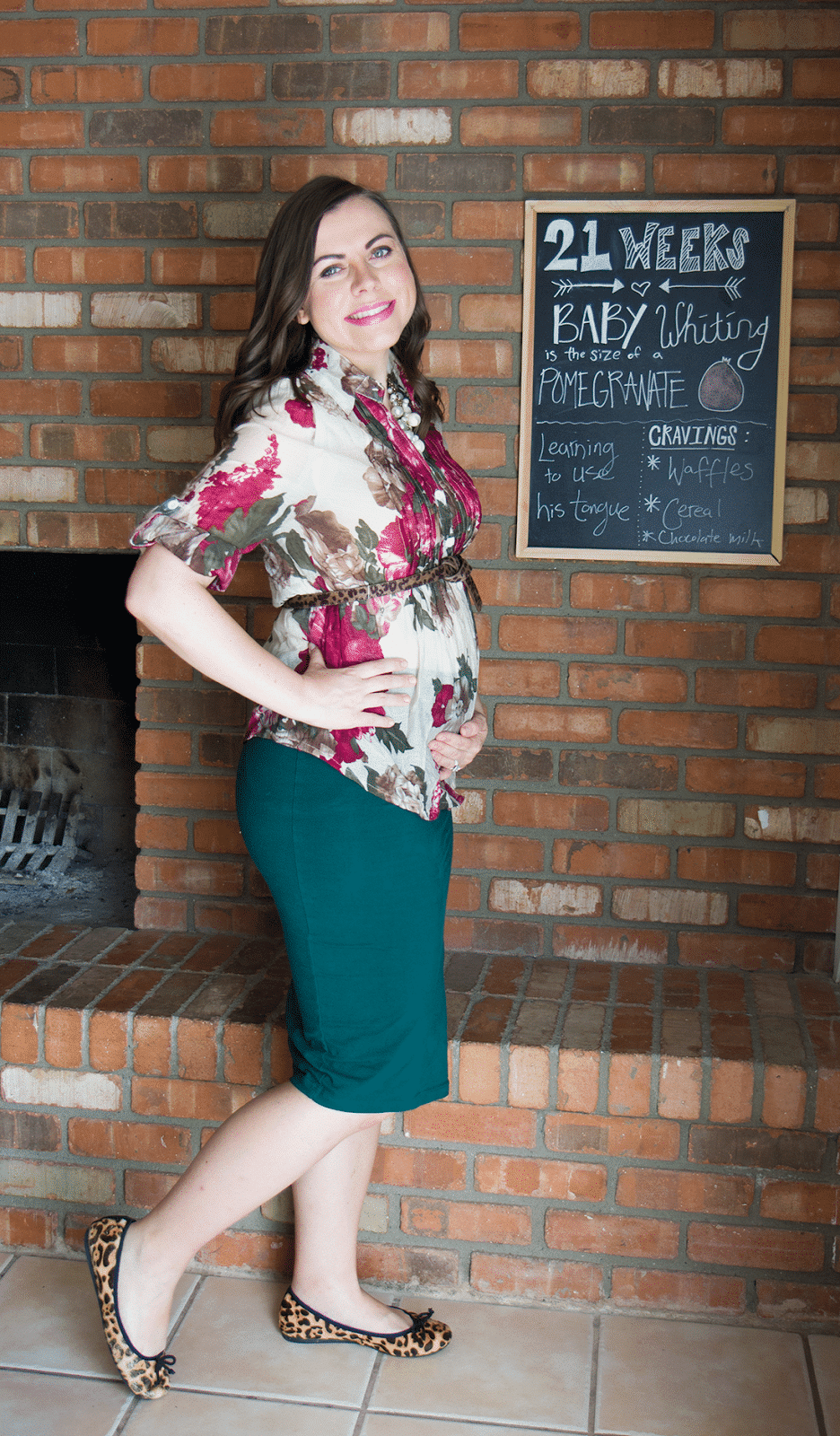