Background for analogy’s sake:
I grew up in Utah, and we had 8 date dances a school year there- it was definitely the culture! I went to a total of 19 date dances before I graduated from high school- I was lucky! It was a no pressure thing, you just went and asked friends and had a great time! They were cheap, they were good clean fun, and it was what pretty much everyone did. That is, every dance was like except Prom.

For some reason the fact that tickets were $40 instead of $20 and there were twice as many decorations in the gym equated a lot of extra pressure in who you went with. My first prom I went with someone I thought I was just a good friend with. I felt terrible a few days later when I found out I’d hurt his feelings not reciprocating love. My junior year I went with someone who was in love with my best friend and had asked her, after she’d been asked by her crush. I was asked immediately, and the pressure to help him feel better was just awful and awkward. I also felt terrible that my hair didn’t work, I was red from a sunburn, and a myriad of other details didn’t work. My senior year was with a great friend who I thought was cute, it was actually great, but my hair also had a crisis, my dress was barely done in time, the pressure still impeded the fun that I should have had. I look back at prom and high school and always feel bad that it couldn’t have been more fun and less pressure like the other dances.

(And in case you wondered what I looked like at my 16-year-old prom while blinking, wonder no more!)

Fast forward to this week: 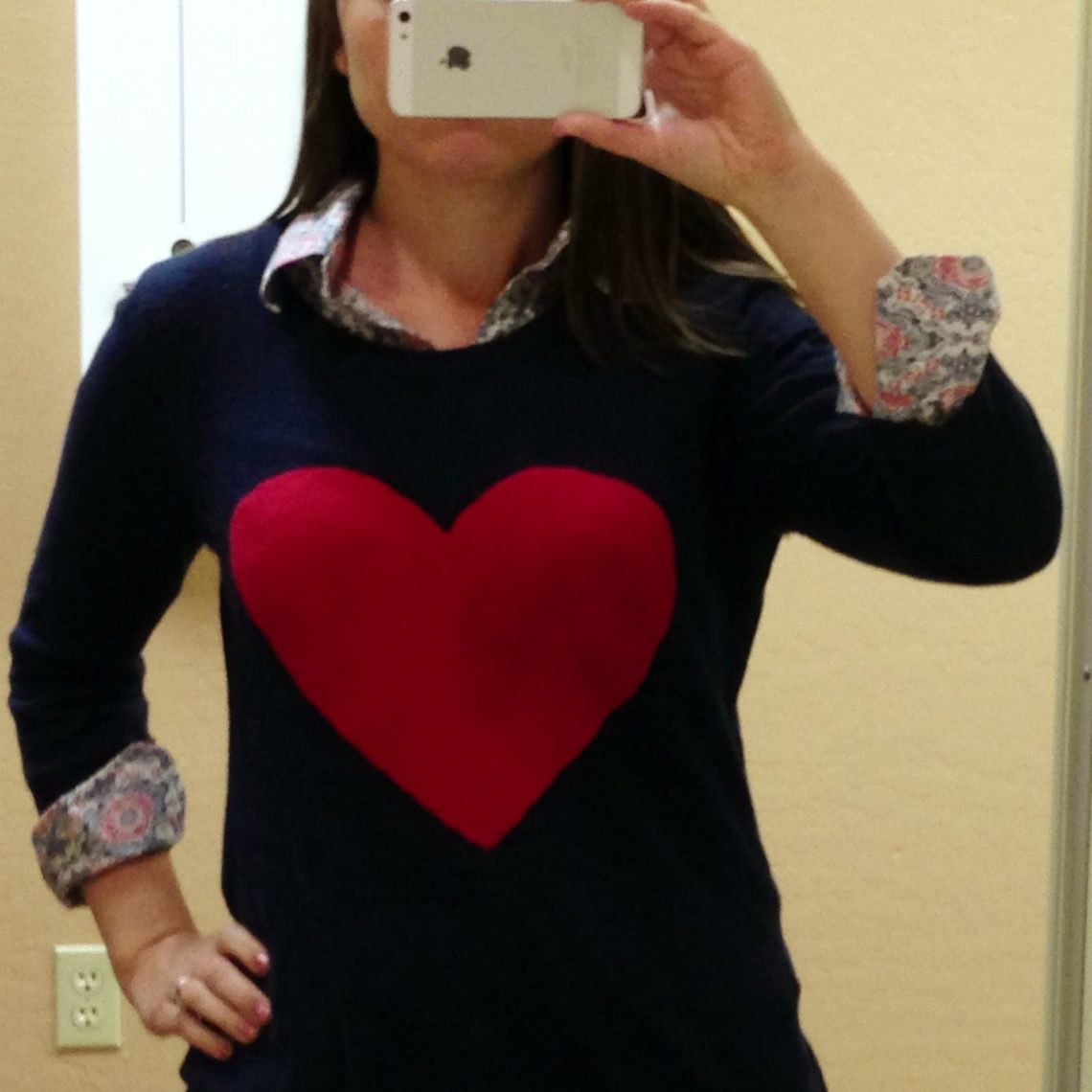 (today, heart sweater and all)

Confession, there was a breakdown in the Whiting household last night. And with Jacob as the steady, sweet, patient one you can probably guess who it was.

We had made plans for Valentine’s Day about a month ago, thought they were set in stone, and thought nothing of it. Then, Monday we found out our activity was overbooked, and we were the last ones to sign up, so we were going to be bumped. We decided we’d come up with something else, not a problem and had a great attitude!

Monday night I worked pretty late, that’s the joy of Internet marketing, sometimes sites go down and you have to dig in to help clients to get everything up and running again. My time to prep for Valentine’s Day presents and make plans was hijacked for sure.
Tuesday we were booked with helping a friend and church activities. We got home late, we went to bed shortly after.

And then last night came. Jacob is in our clergy’s leadership and I don’t see much of him on Wednesdays. I also had the meal plan shift and we didn’t have food for dinner, which is something that actually always makes me feel out of control in life as funny as that sounds. Food=life is okay, no food= chaos! On top of this I realized we were one day from Valentine’s and I really didn’t have anything together! When Jacob called me on my way home I felt overwhelmed not accomplishing all I wanted to at work and overwhelmed with the idea that the person I love most in this world wasn’t going to have a clue about it on Valentine’s Day! I felt like the world’s worst wife with no clue what to do for a date on Valentine’s, and nothing to give the love of my life!

I teared up and said, “We even blog about the things we do- we help others with ideas and the well is dry and I don’t have anything! Going out to dinner is always crowded and not fun, and everything else is too expensive! No present, no plan, not even food to cook at home to avoid the crowds!” Jacob, the sweetheart that he is just smiled and said, “I’m actually glad to hear you say that. I have nothing as well. We haven’t had time to pay attention to this, and at least we both know we’re going to be total let downs tomorrow!” And it broke the ice, and we both started laughing.

When did Valentine’s Day get so out of control? When did Valentine’s become my high school prom in Utah all over again? When did it become a day that you have to spend exorbitant amounts of money and have the most grandiose plans in the world to communicate you love someone? We talked about this last night and ended up saying, “I just want to hang out with you.”

So I asked Jacob if he’d go on the world’s lamest Valentine’s Date with me and asked how he felt about some greasy nowhere-to-sit completely unromantic cheap place and maybe watching TV after. He laughed. We both laughed. And then we decided that we were just going to enjoy being together. We came up with another plan, but not exactly something deemed “romantic” or anything you’d think to do on Valentine’s. We’ll be with a crowd, we’re eating cheap food, probably at Taco Bell, and we’re going to enjoy the fact that we have each other, we love each other, and we celebrate our relationship and marriage.

And do you know what, I couldn’t be happier! I hope I’m getting a few “AMENS” with this post. I hope others came to this realization long before I did. Valentine’s isn’t about how extreme or perfect you can go- it’s about the simple fact that there is love in the world, and that’s a pretty great thing all by itself.

May there be many romantic moments for many people at Taco Bell this day. 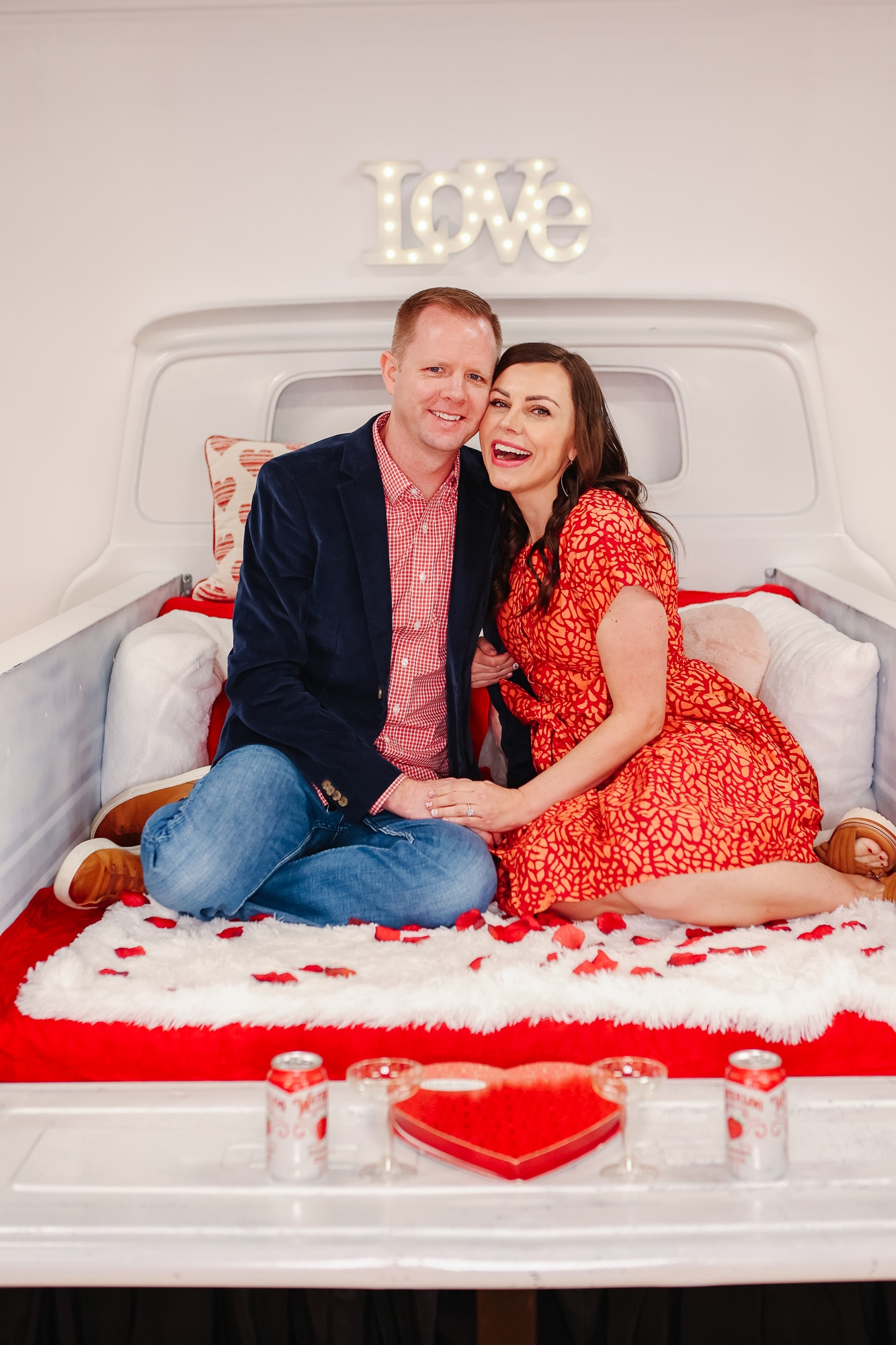 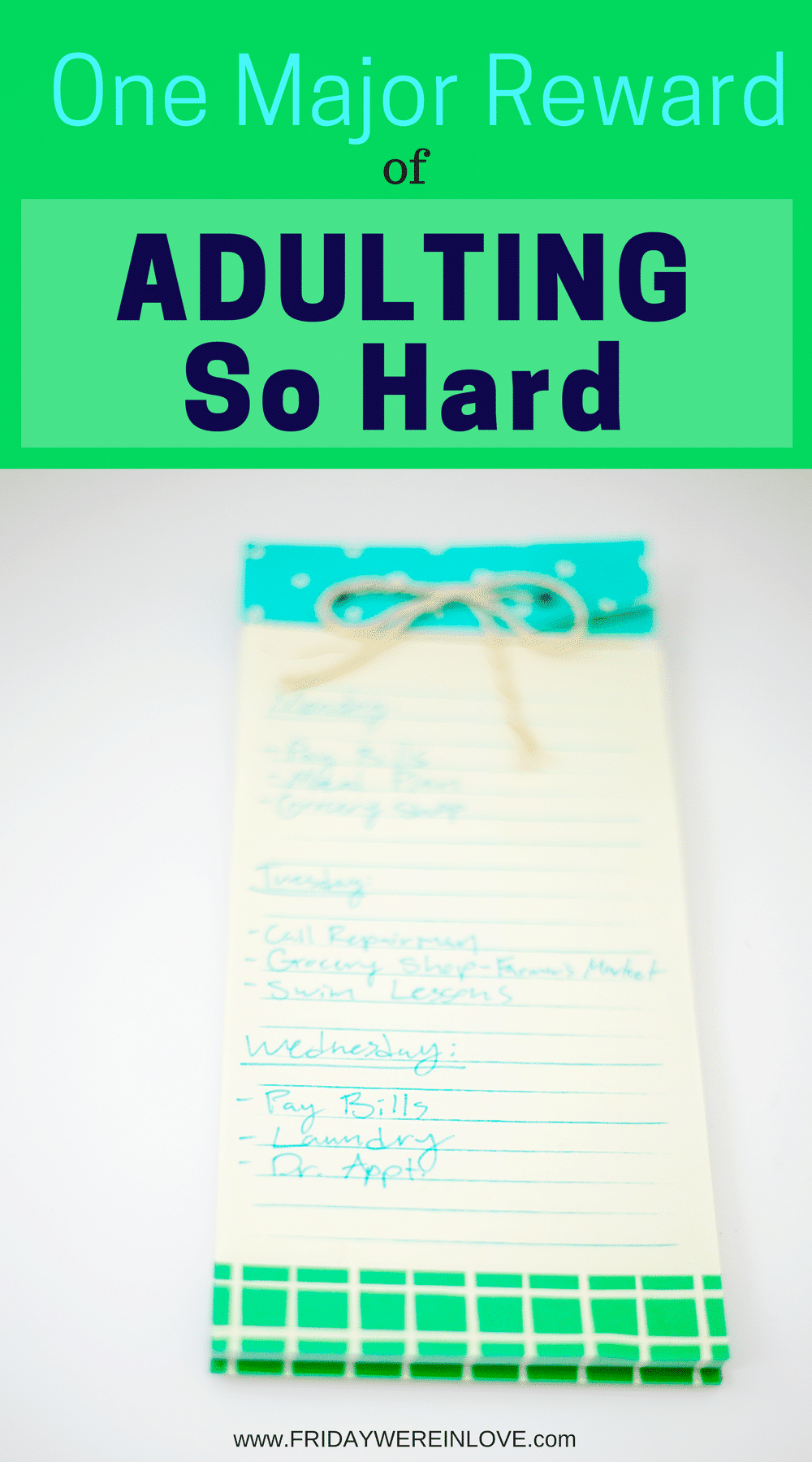 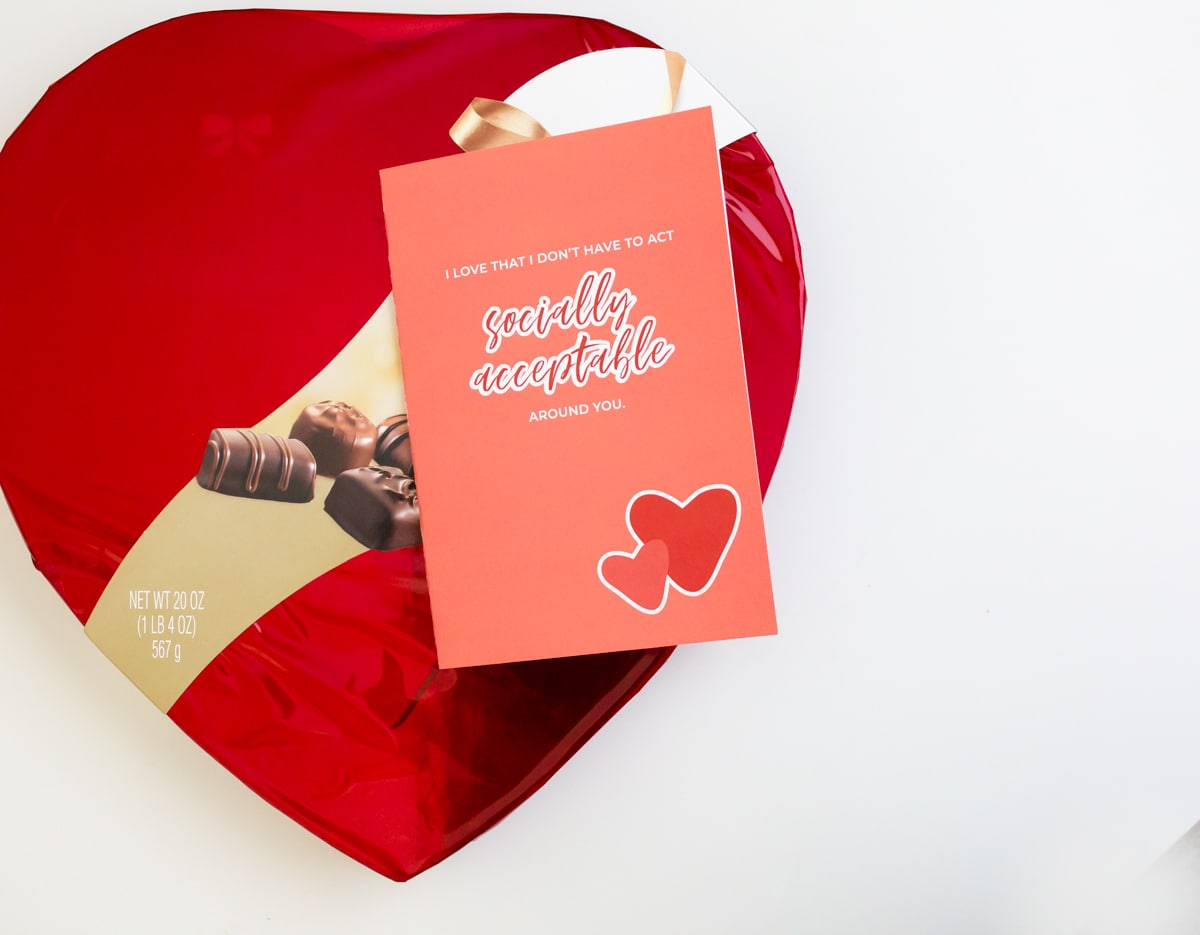 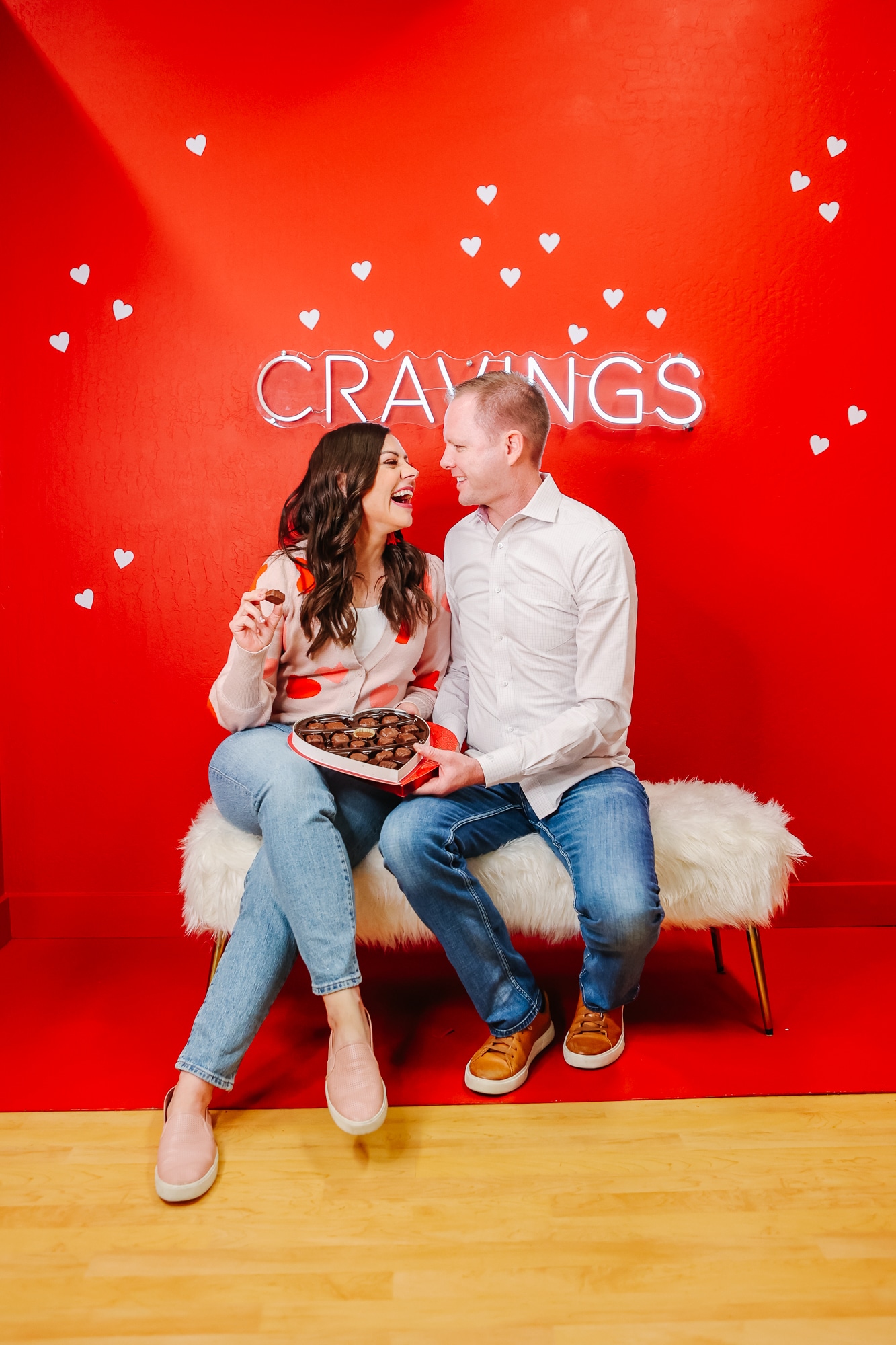 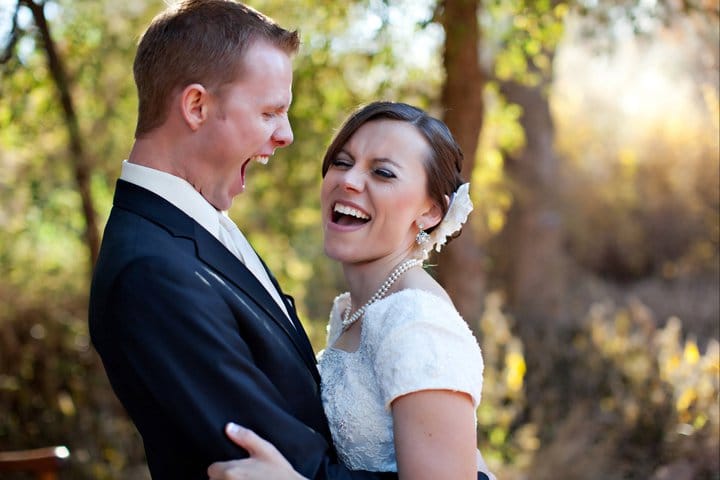 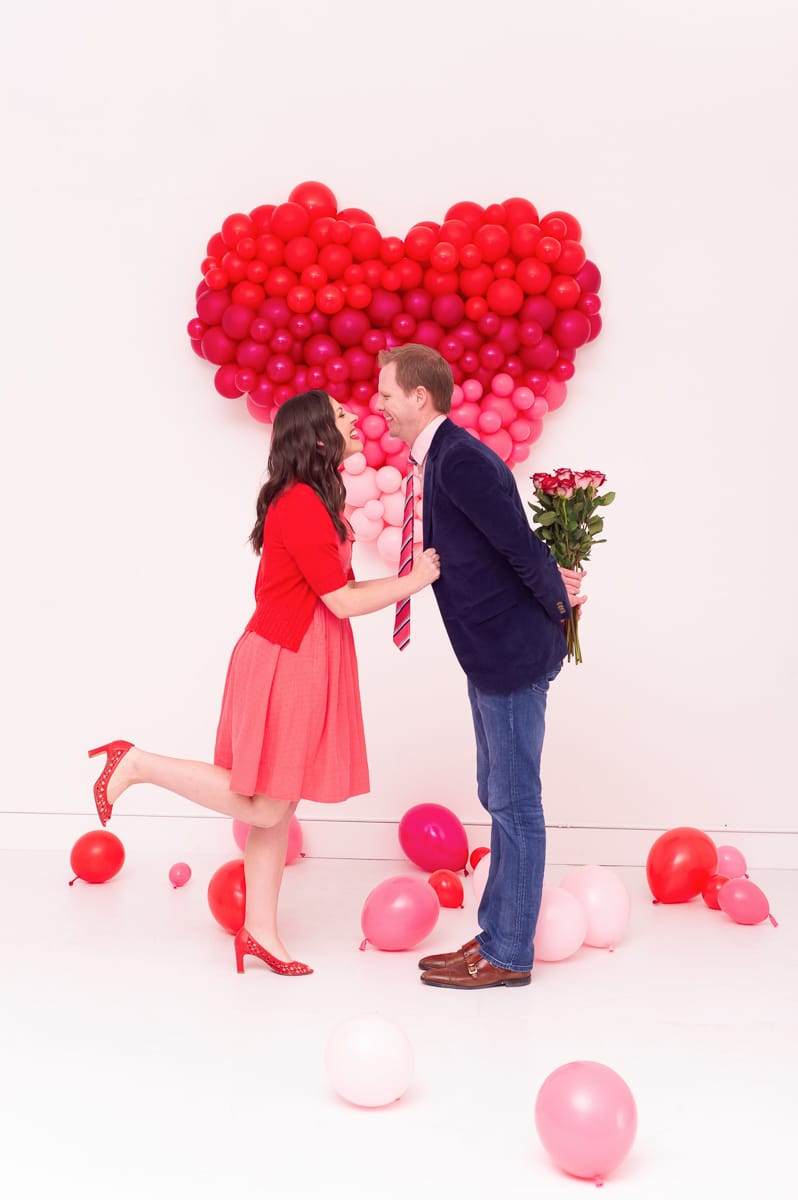