A full review and information on staying on at The Anniversary Inn. This is the perfect way to spend an anniversary and one of those romantic getaways in Utah at a themed hotel you’ll remember forever! 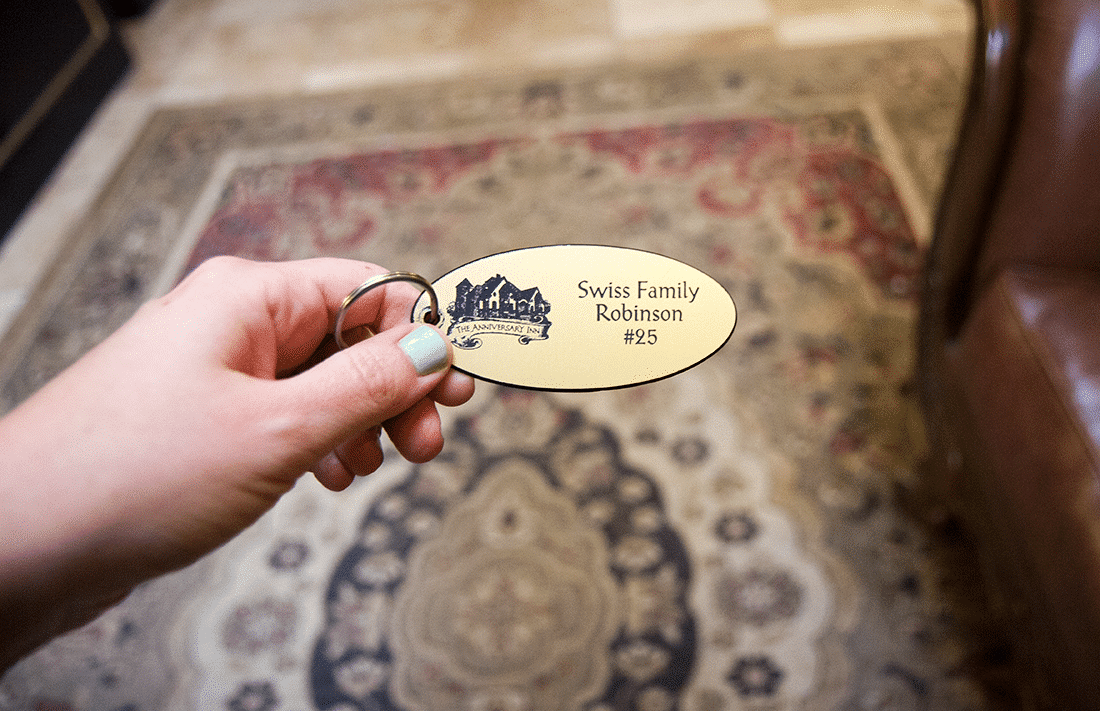 When I was in college one of my best friends from high school had an interesting job- she worked at a themed hotel called the Anniversary Inn in Utah. Each room is decorated with a unique theme. It’s quite the hot spot for wedding nights, stay-cations, and of course, anniversaries. She was never shy on hilarious stories and awkward requests from guests.
Shortly after Jacob and I got married we had a conversation about the most interesting places our friends had worked, and naturally this came up. I told him how I’d always actually thought it may be fun to go to this place on a quirky getaway if we were ever in Utah or Idaho near one of the locations.

We were saving all our vacation time for Italy, but thought we’d still love to escape for a romantic weekend getaway somewhere for our anniversary this year. That is when Jacob asked my thoughts on heading to Salt Lake City and booking a room a the Anniversary Inn. And thus it was, a quirky and fun anniversary experience was set for the Anniversary Inn SLC!
He let me choose the Anniversary Inn room, so I went for the most over-the-top themed cheesy room I could find!
The Swiss Family Robinson room it was! It was one of those themed hotels in Utah I will not easily forget! There was a tree house to sleep in. 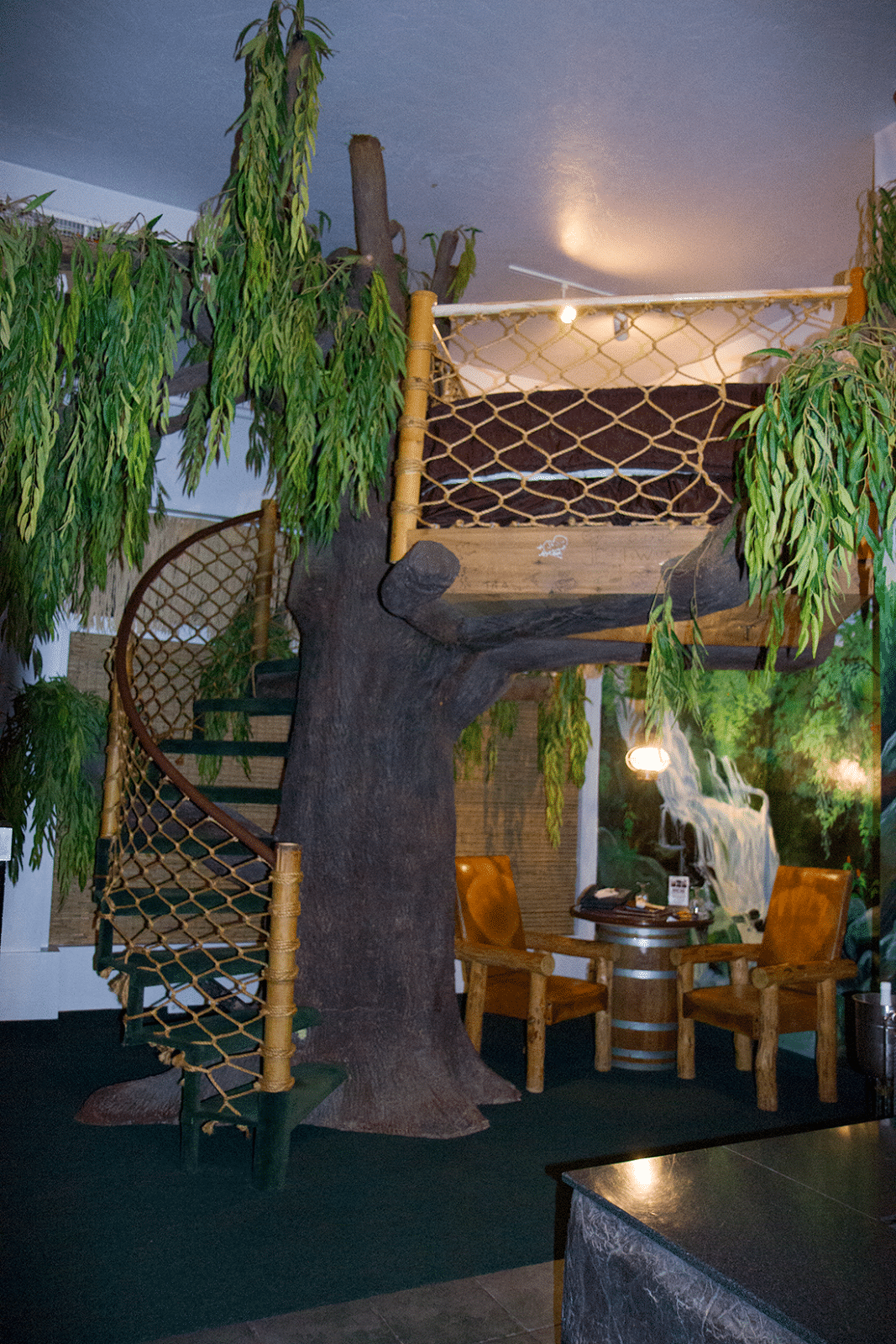 And also hang out and watch movies in. 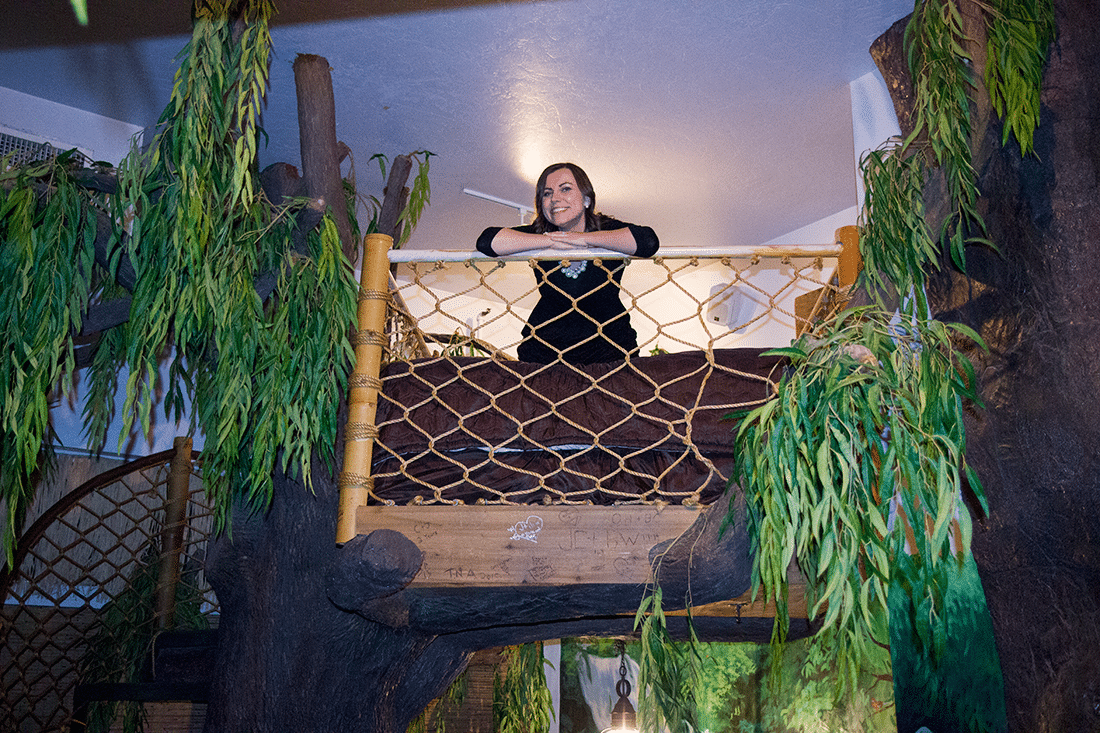 The shower was a waterfall, which was a pretty fun experience in itself! 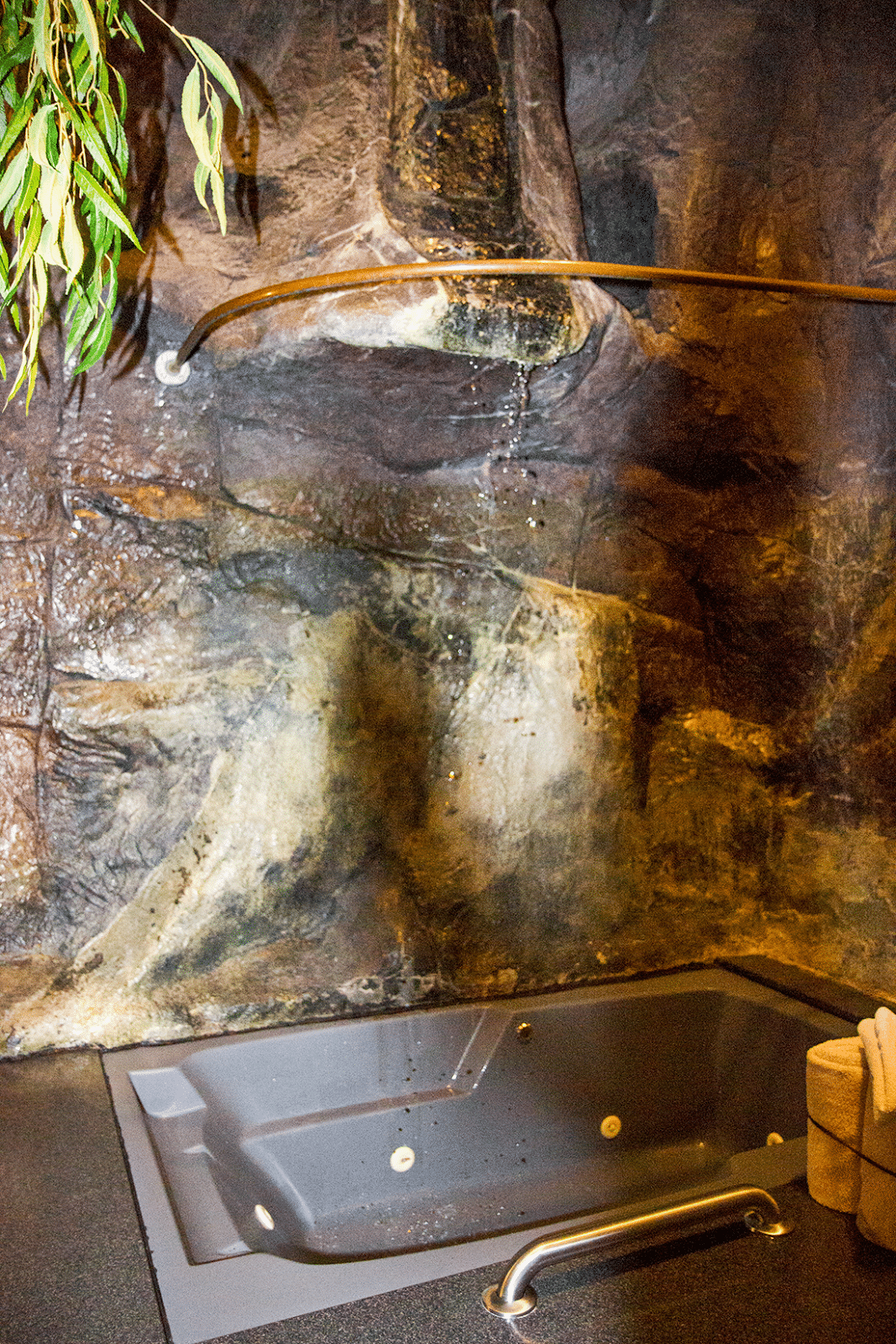 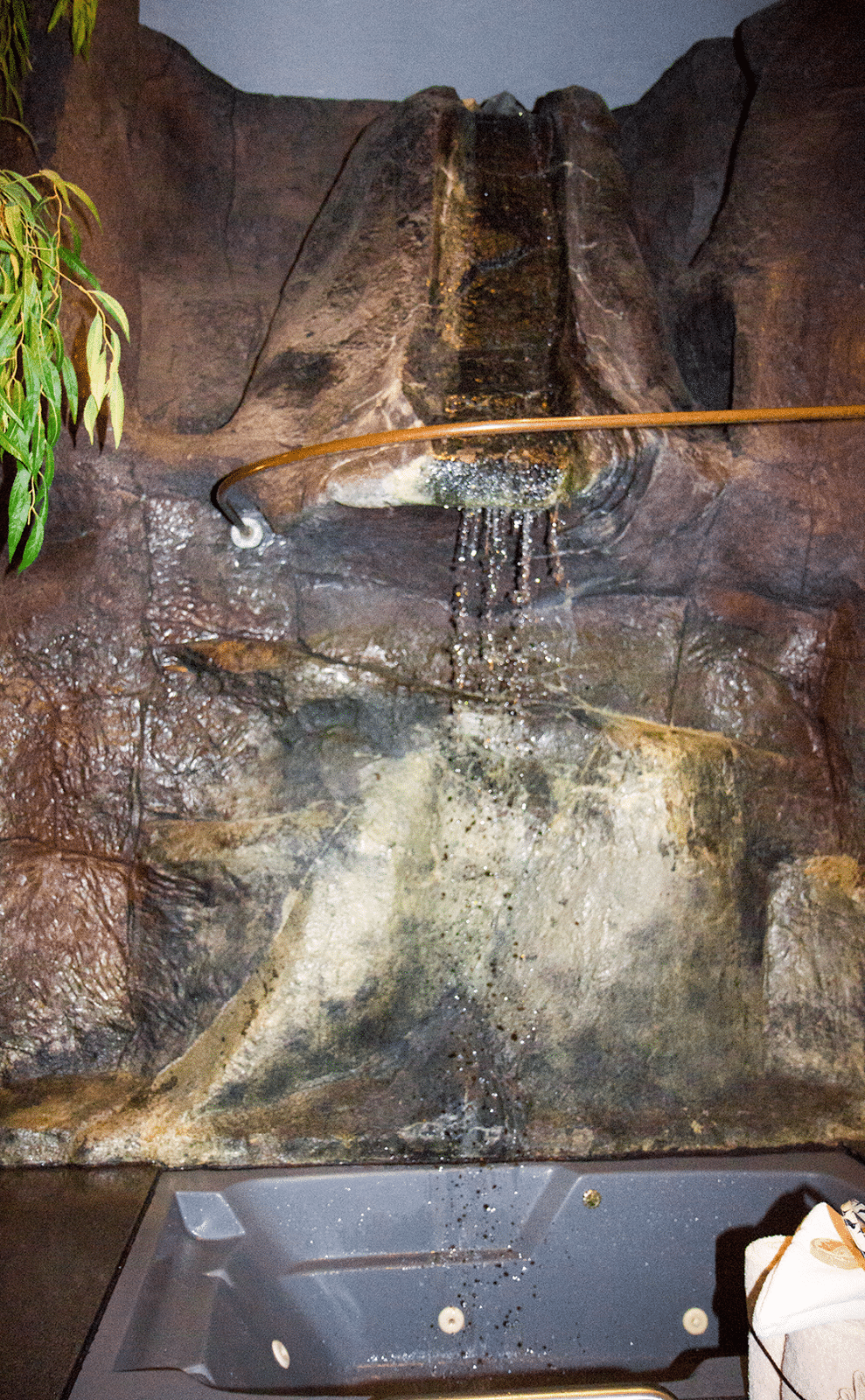 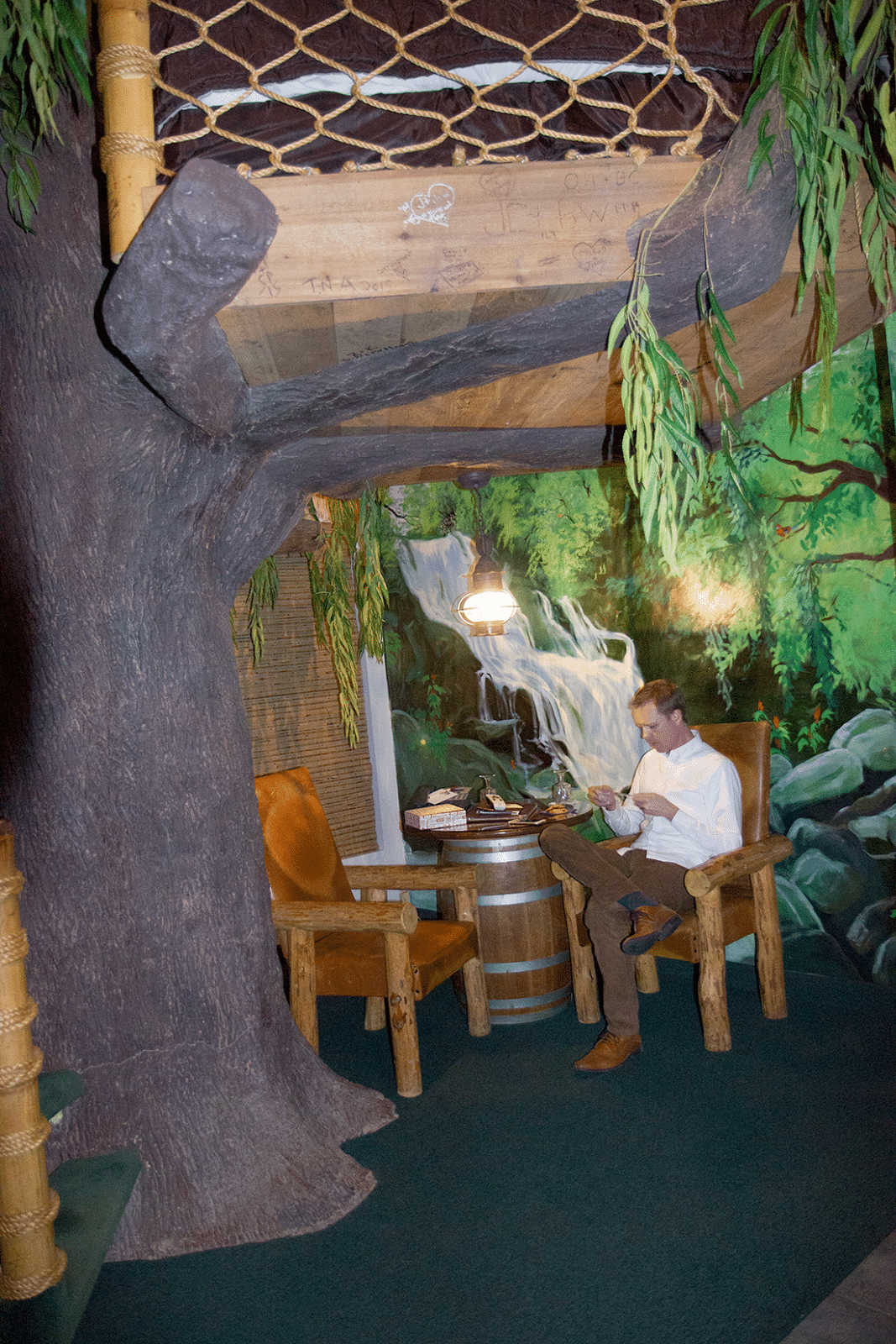 I do have to say that the jetted tub felt excellent on my pregnant muscles! I may have had a rough night getting down the steps to use the bathroom. After one night I felt very lucky there were no spills and baby Whiting is still intact. However, that tub made up for any scare and stair rail clinging in the night! 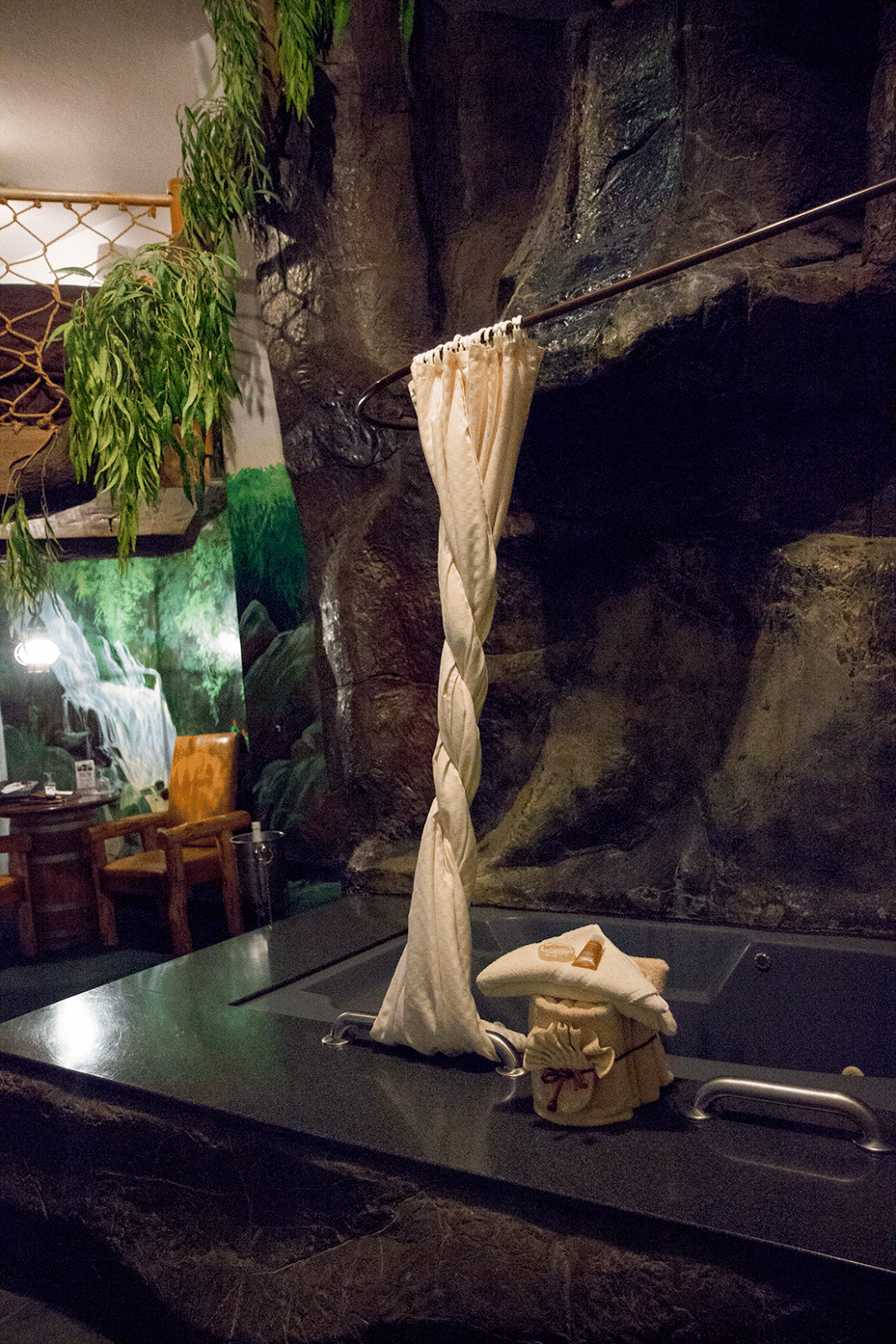 The breakfast was even pretty good, and we really enjoyed staying in such a quirky place! I’m pretty sure we’ll go back, only if I’m pregnant, we’ll find a bed with fewer stairs and hazard potential! 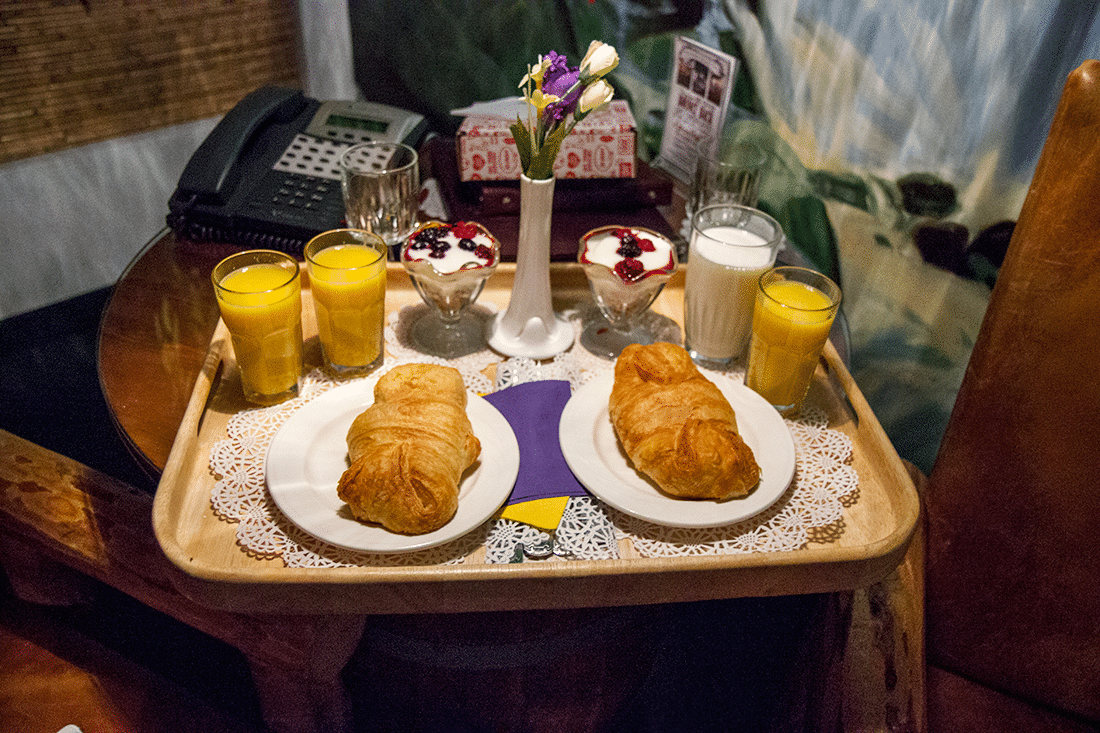 Has anyone else stayed here or another themed hotel? I’d love to hear all about where and your experiences since this was such a unique experience for us! 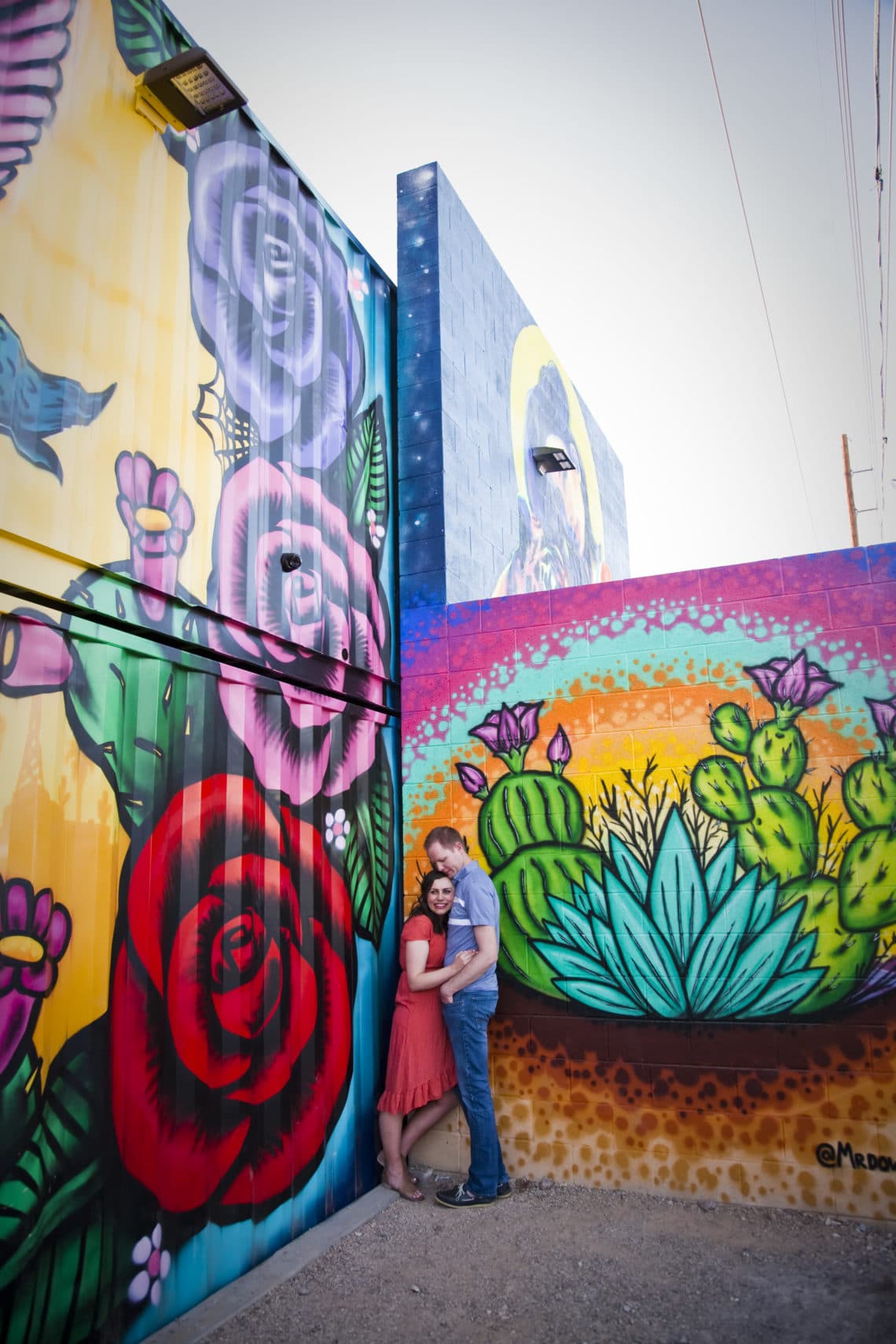 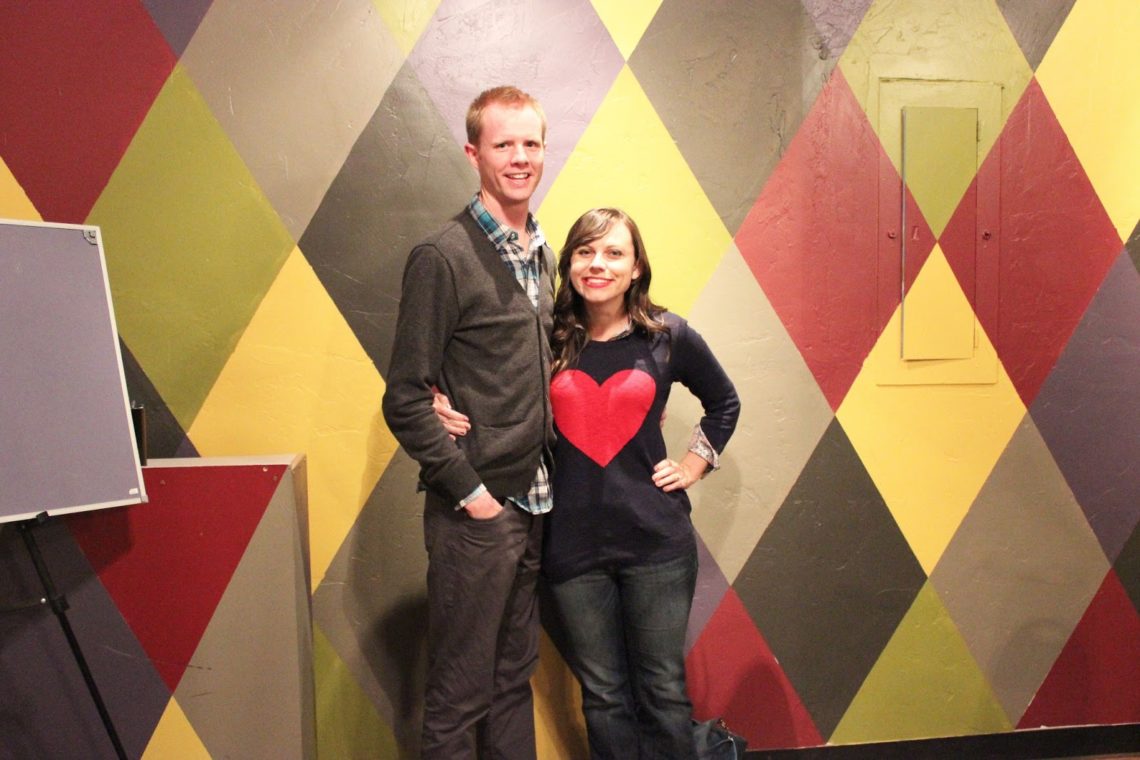 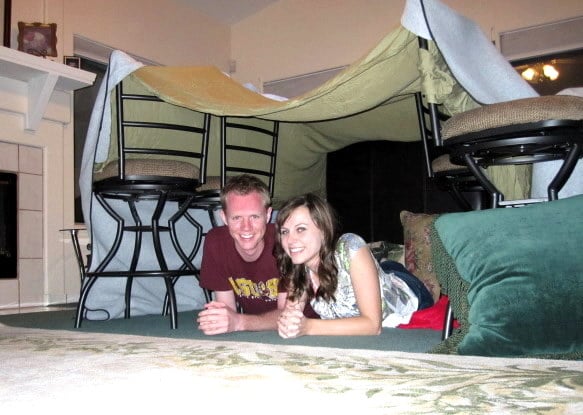 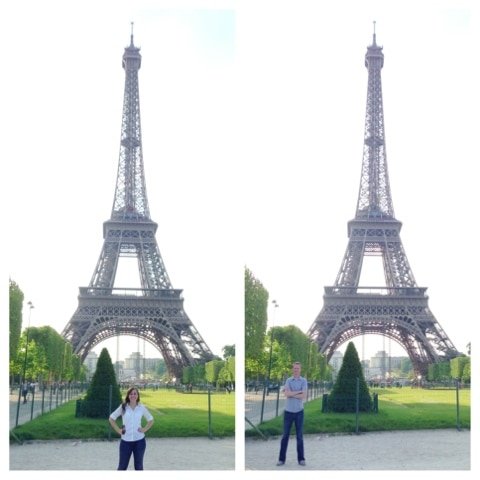 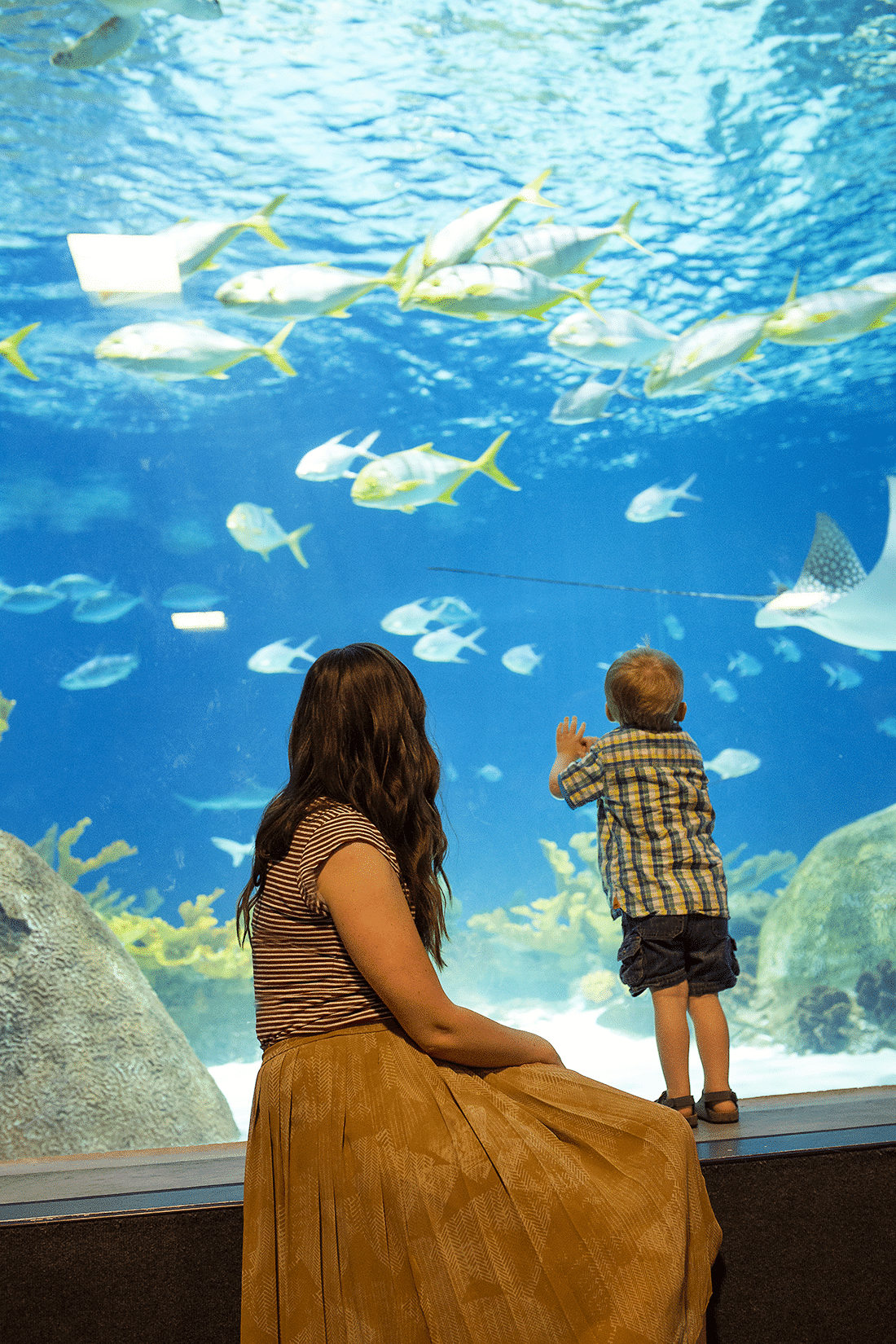