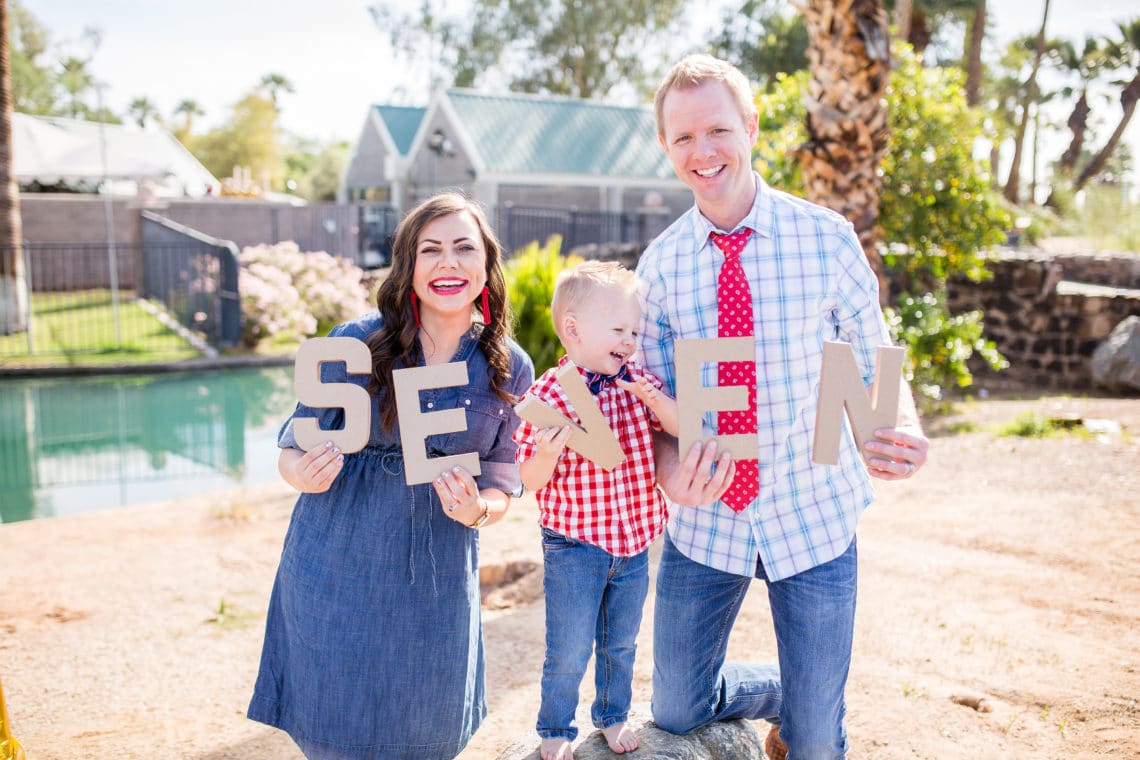 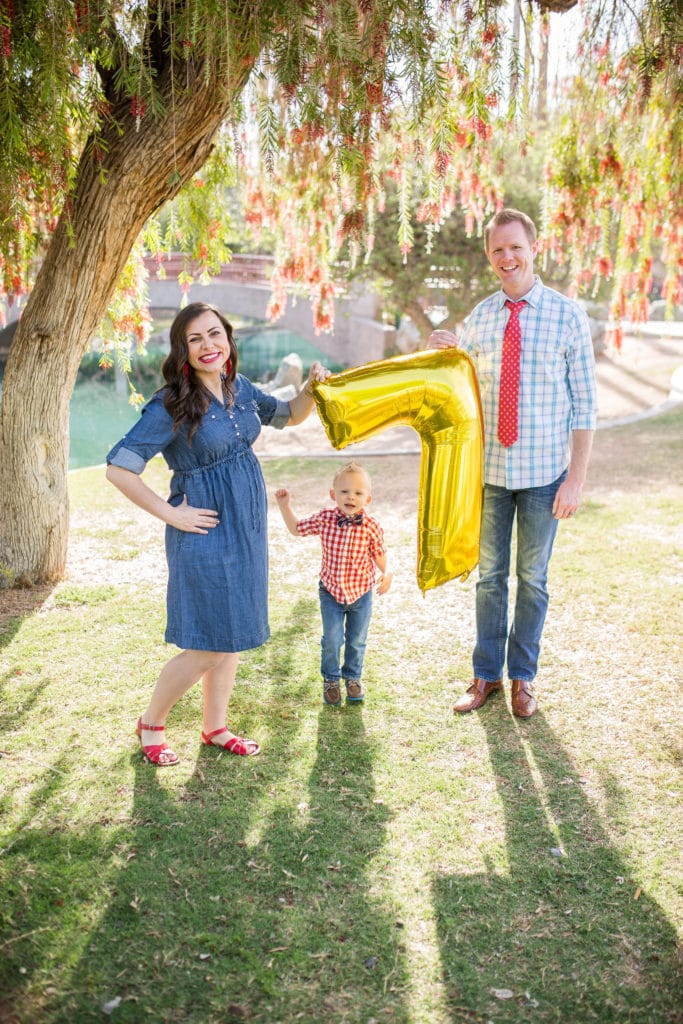 We had the idea on our first anniversary to take happy anniversary pictures as a family date idea each year on our anniversary to document our family growing up and changing together. At the time I envisioned a year where I’d be pregnant, but with infertility and the timing, it didn’t seem like it was ever going to happen that I’d be showing. I was a bit excited to know we’d celebrate our annual anniversary pictures with baby #2 in tow! 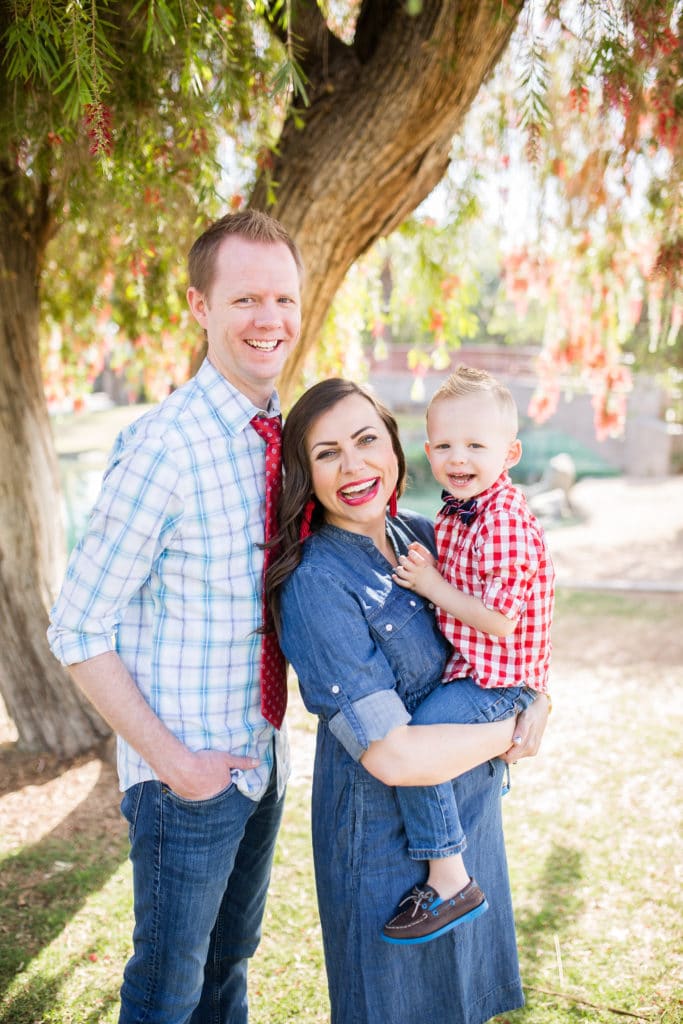 We’ve had our friend Annie do our anniversary pictures each year, but this year she shocked us by moving halfway across the country. Luckily our other dear friend and photographer Chrissy, who appears on the blog often taking many photos, was happy to fill in and snap pictures documenting happy anniversary pictures that we’ll always cherish! 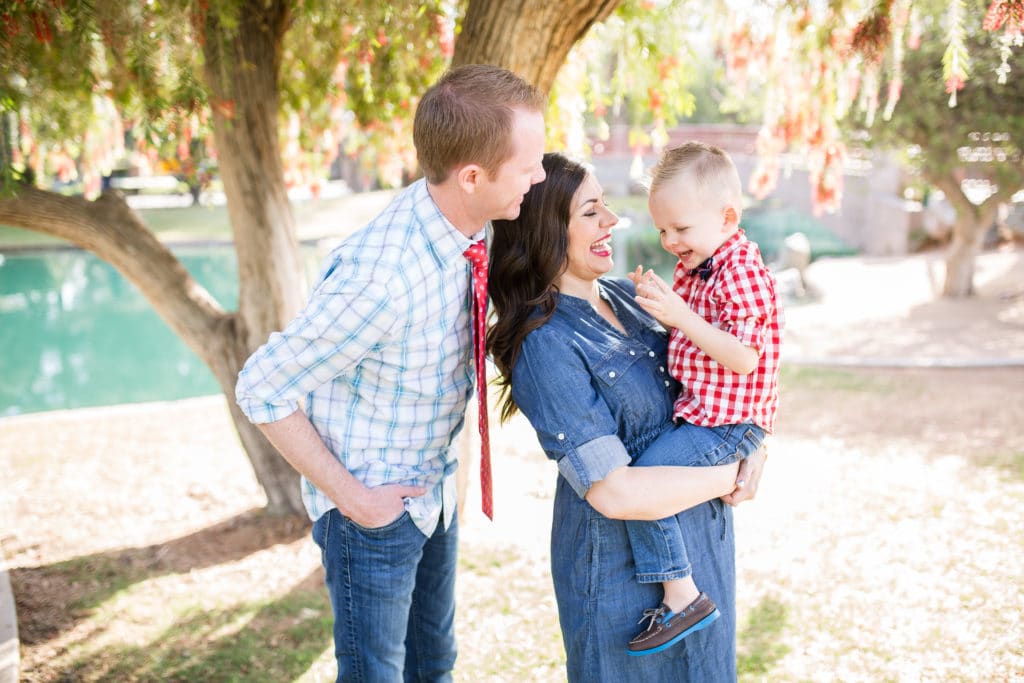 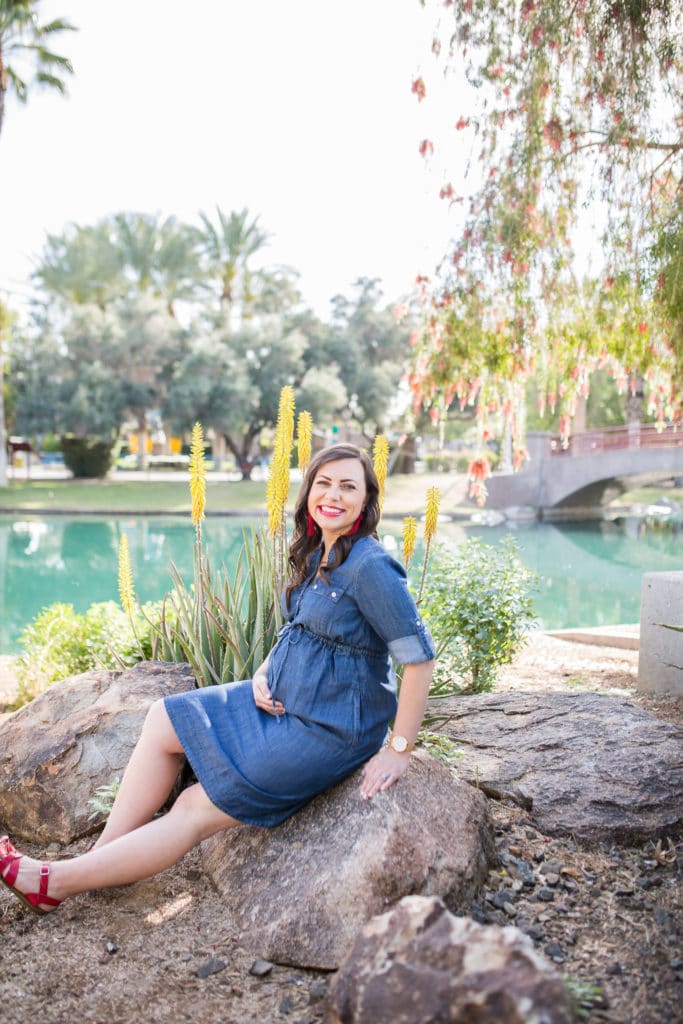 I absolutely love having our little man grow up each year with more personality. He had so much fun holding a balloon, having some dance parties, and snuggling up with mom and dad. I’ll forever cherish the father-son pictures. If you need anniversary picture ideas, I can’t recommend bringing your kids in for a couple enough! It’s so fun to capture their personality and their interaction with mom and dad on their special celebration.

I’d also highly recommend a couple props documenting what year you’re celebrating. And make sure to get a mix of the whole family and several with just the happy anniversary couple. 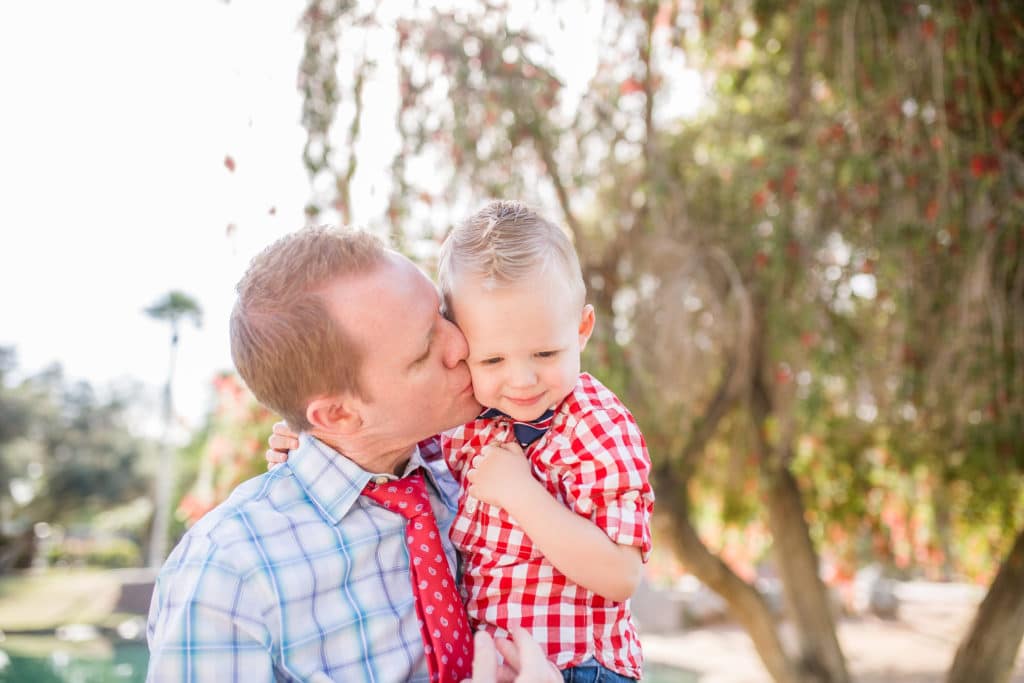 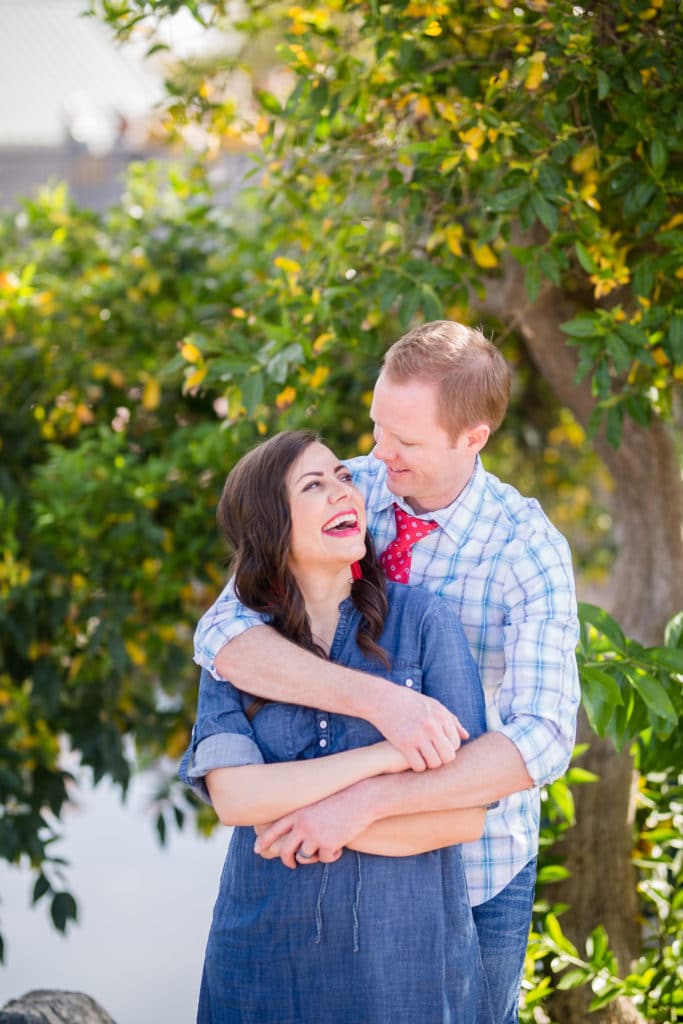 Anniversary Pictures Through the Years

It’s been so fun to mix up where we meet for pictures each year as well. We’ve had urban shoots, nature photoshoots, desert and lush greenery shoots. And really, anything in-between! This year we met at Encanto Park in Uptown Phoenix, Arizona which is a lovely family picture location with a lot of variety.

Oh, how we love those pretty desert scapes that scream Arizona. But we’re equal fans of lakes and amazing trees in bloom too. That’s why Encanto Park is an excellent photo location for family pictures Arizona. 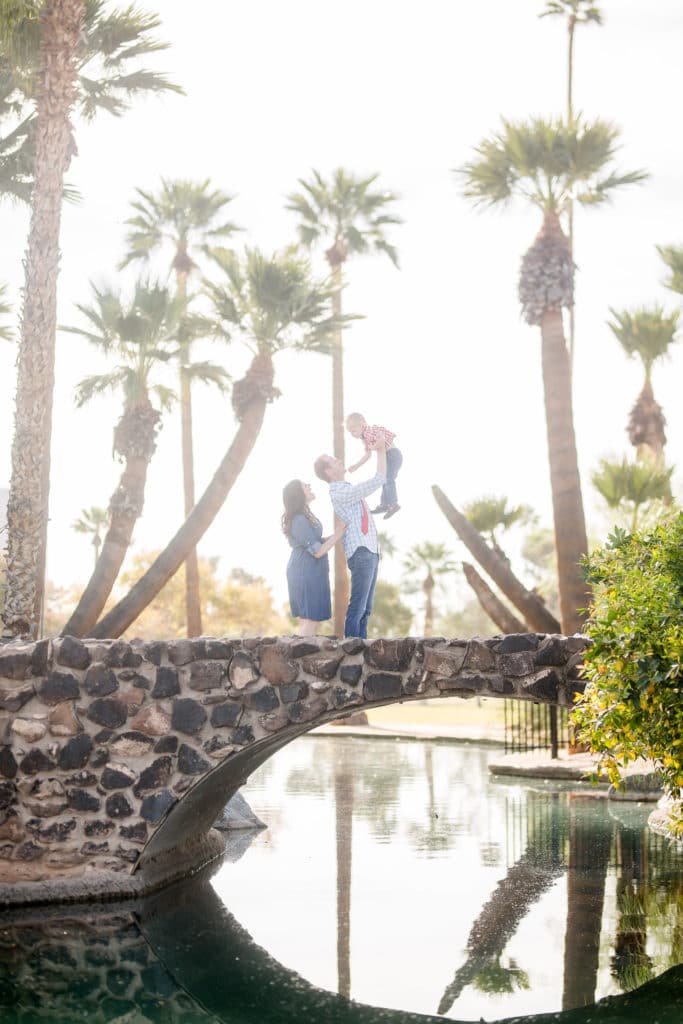 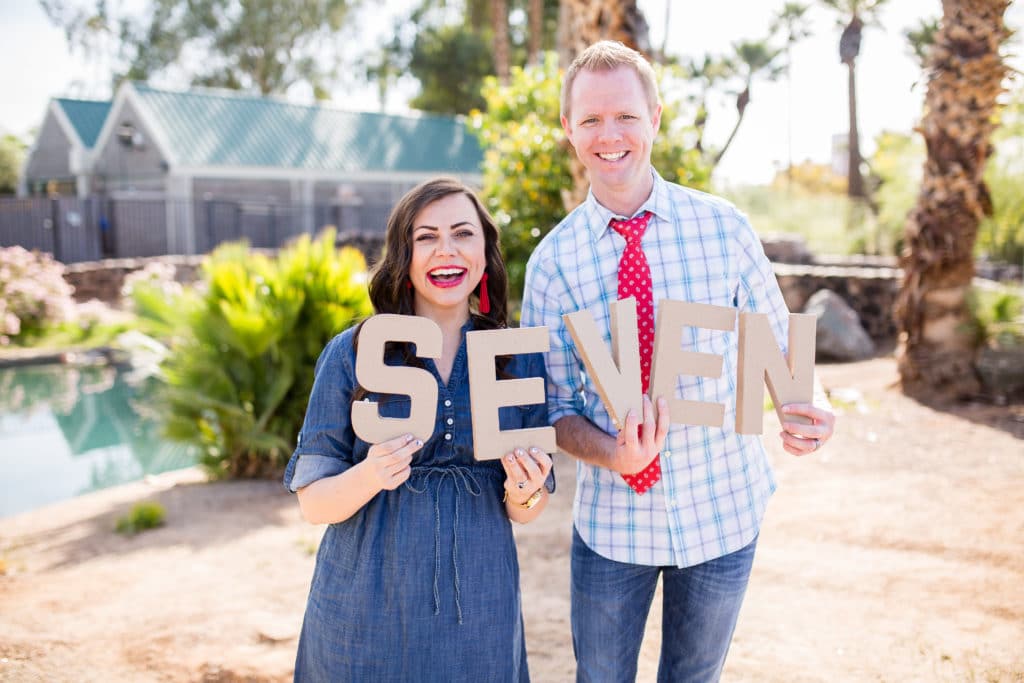 Seven has always been a lucky number of mine, and I love that we have big things coming this year. We plan on welcoming a new baby. We’re finally updating and decoring our house and making it a home. We have some fun travel plans. It’s a year we’re so excited to enjoy together! 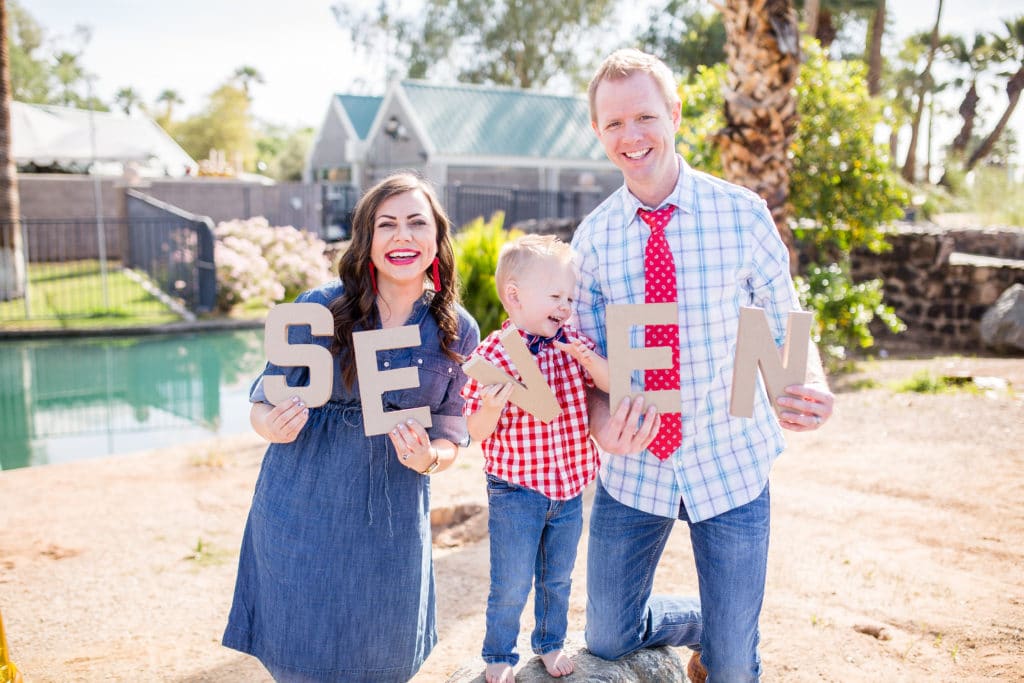 But mostly we’re grateful for this past year. It hasn’t been an easy one with Jacob living and working abroad for a good chunk of it. And this pregnancy is truly a miracle, but it’s been a hard one. We’re still in shock daily that this little guy is alive and growing after all the scares and treatments we had to do. We’re so grateful that through hard times we’ve grown closer together and are even more grateful for this family of ours.

Truly the anniversary of the day you became an official family is one worth celebrating. That’s why we love this fun family date idea, we get to have our love documented as it grows with our family each year. 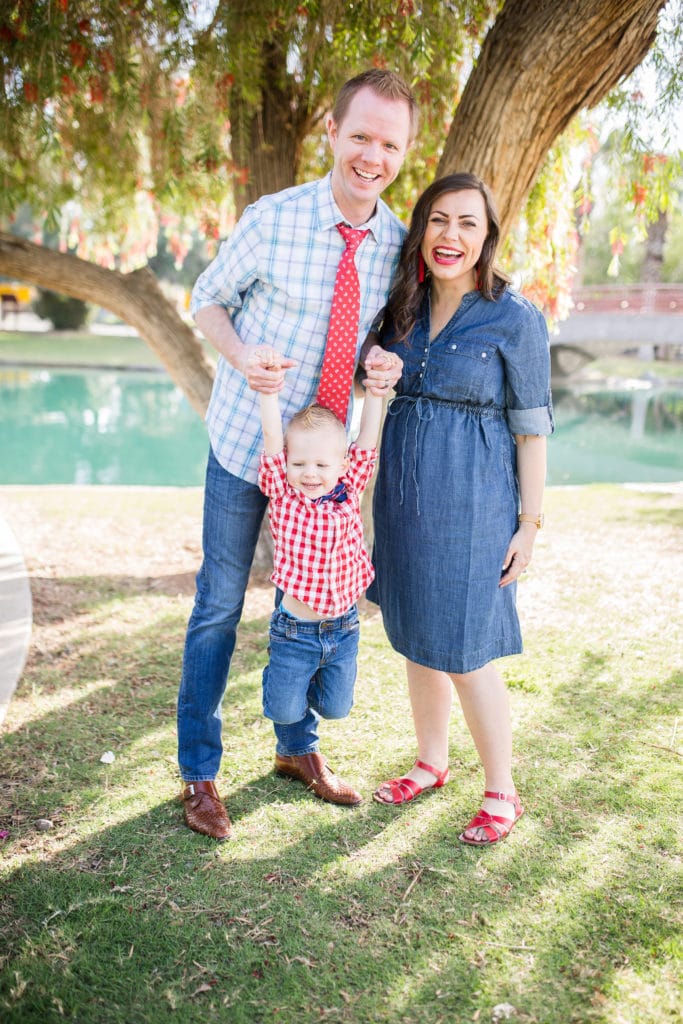 Like these Happy Anniversary Pictures? You may love our previous years too:

Office Holiday Party
Outdoor Gender Reveal Party: It's A....
Celebrating the Day We Met
A Double Date with Frida and Diego 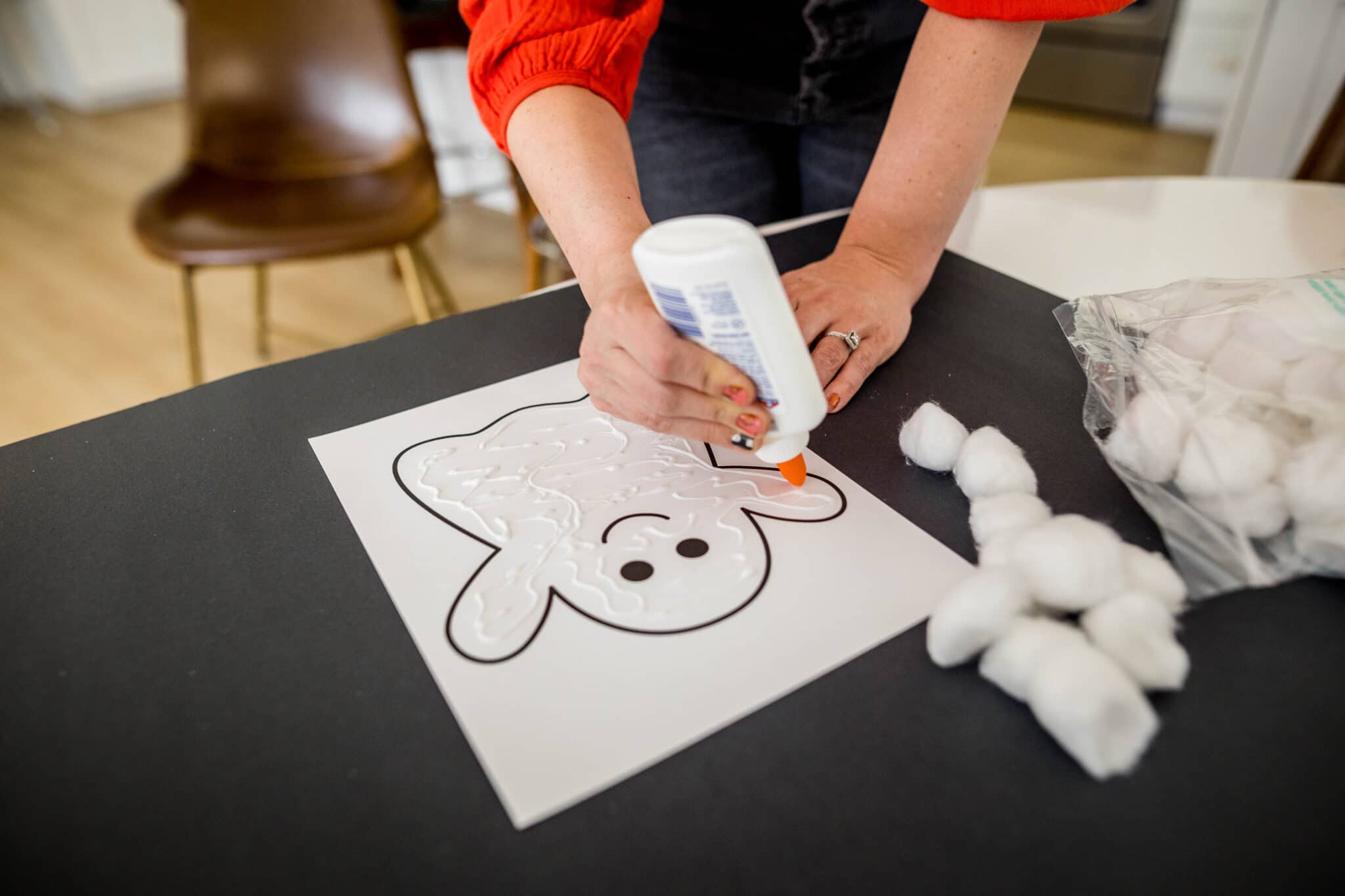 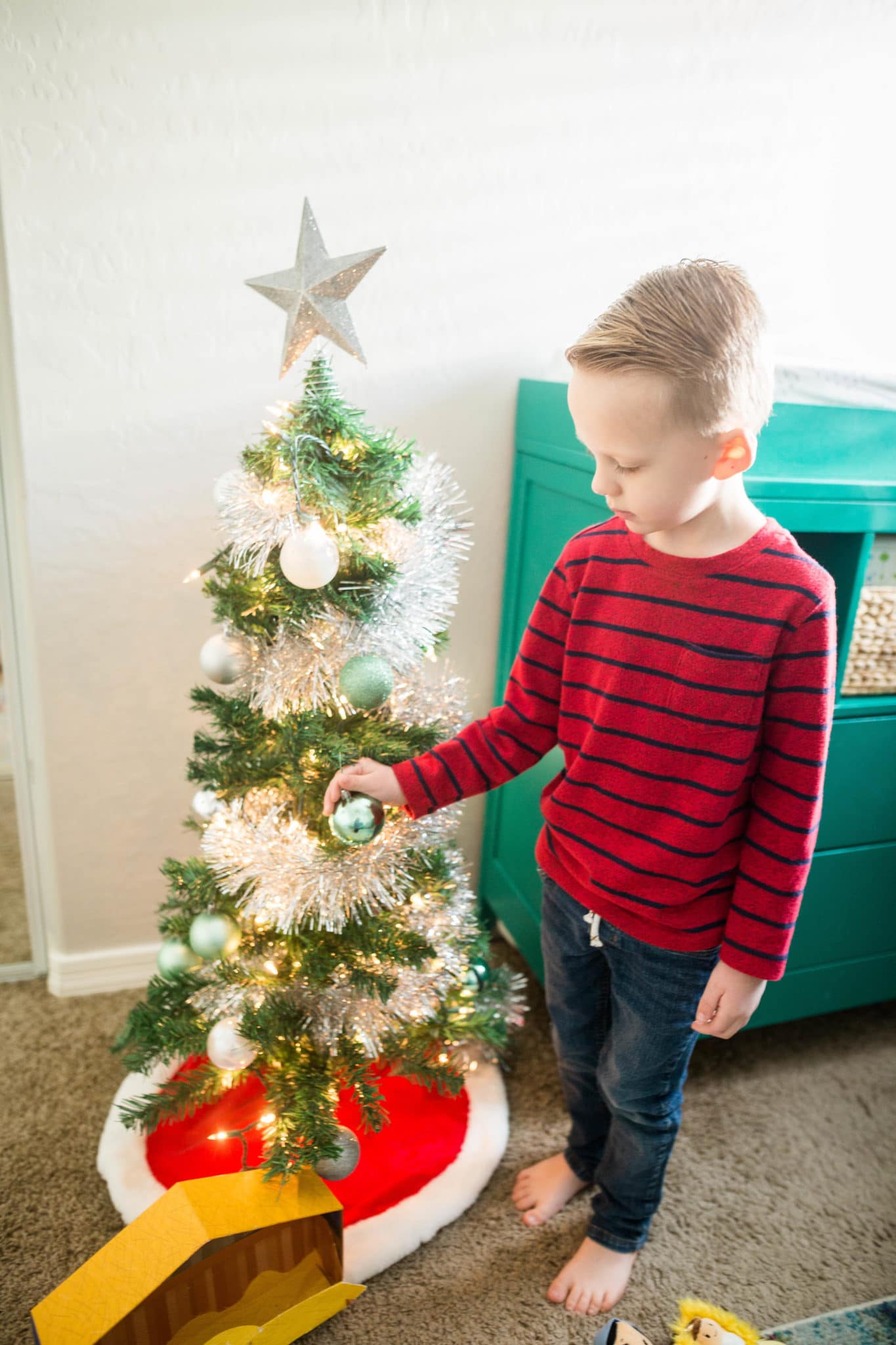 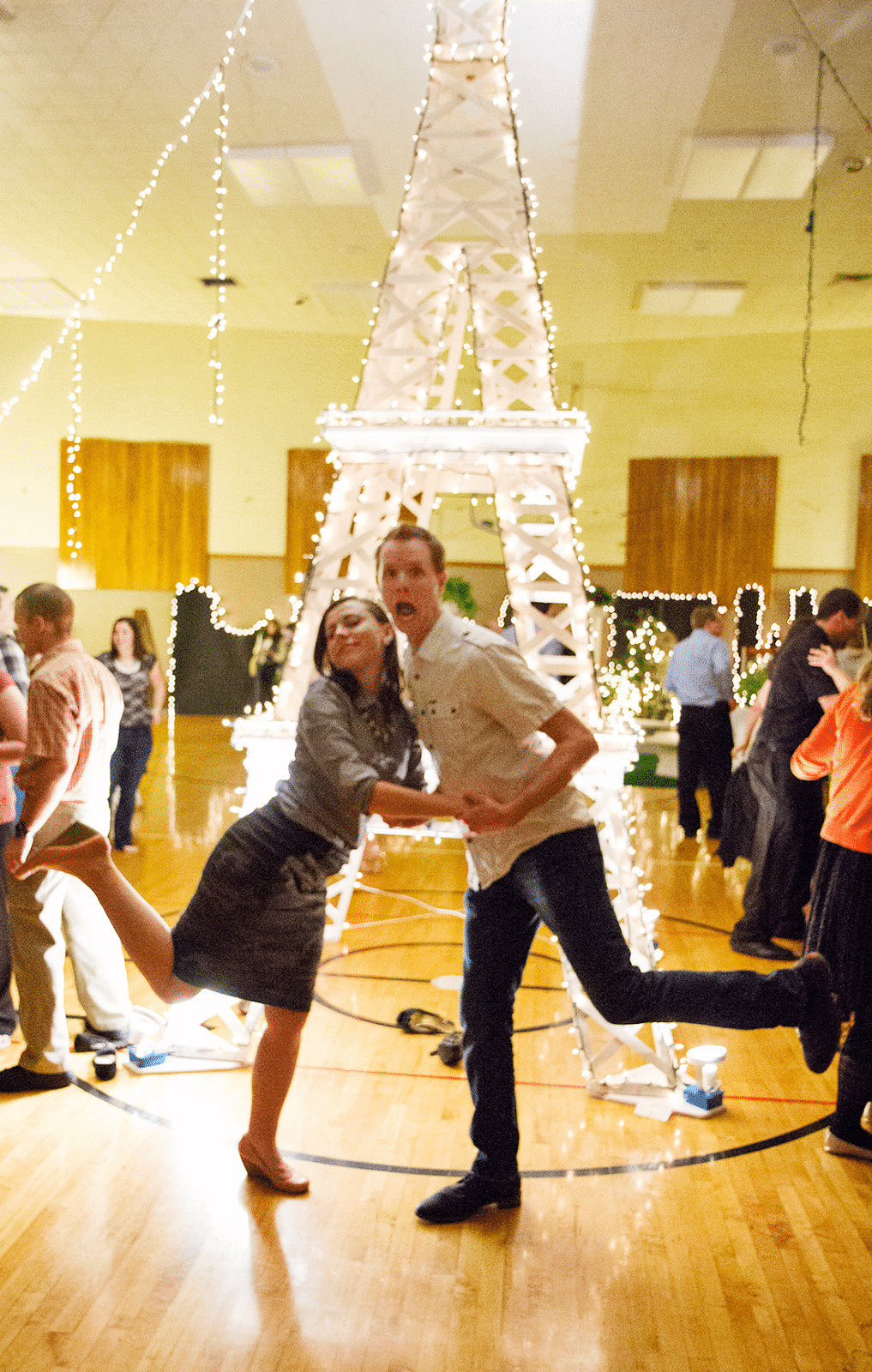 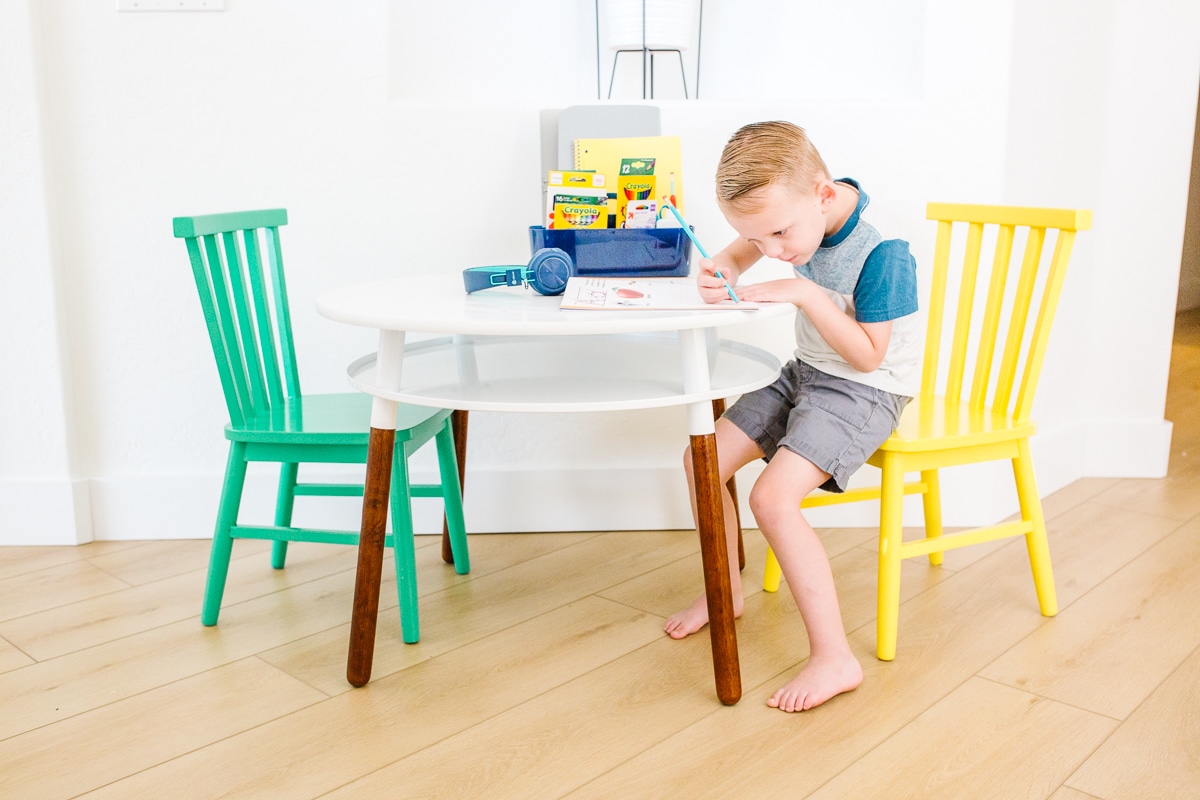 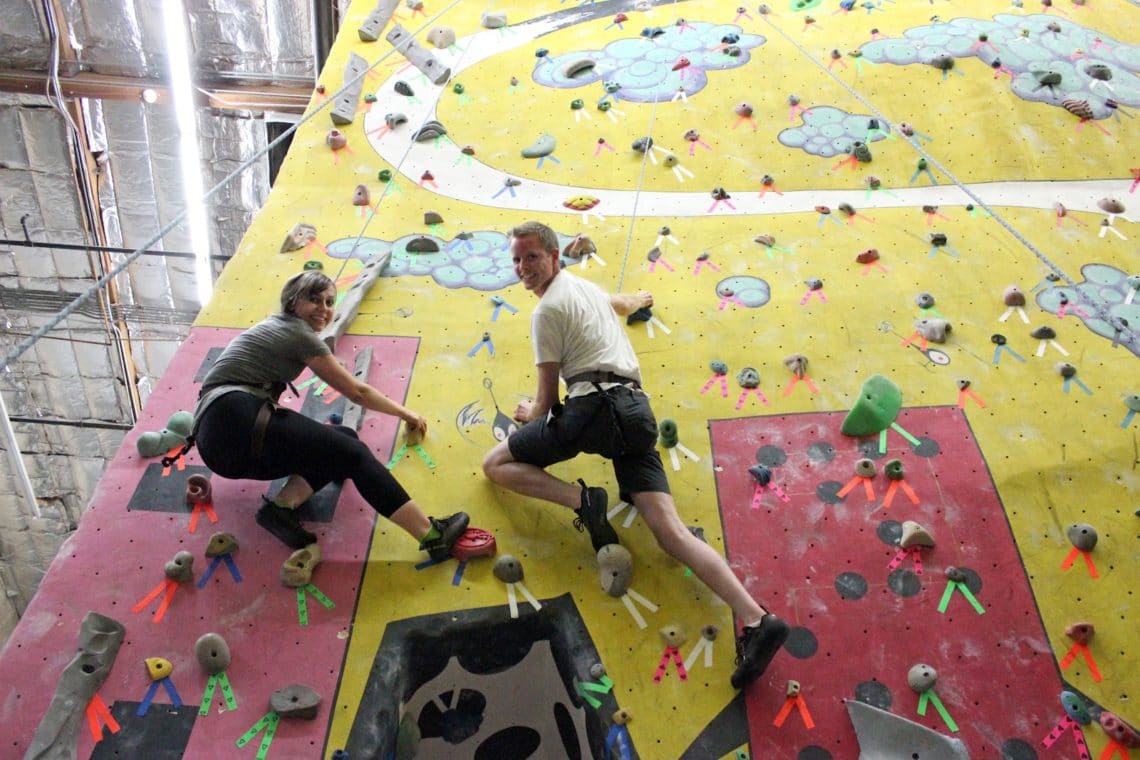 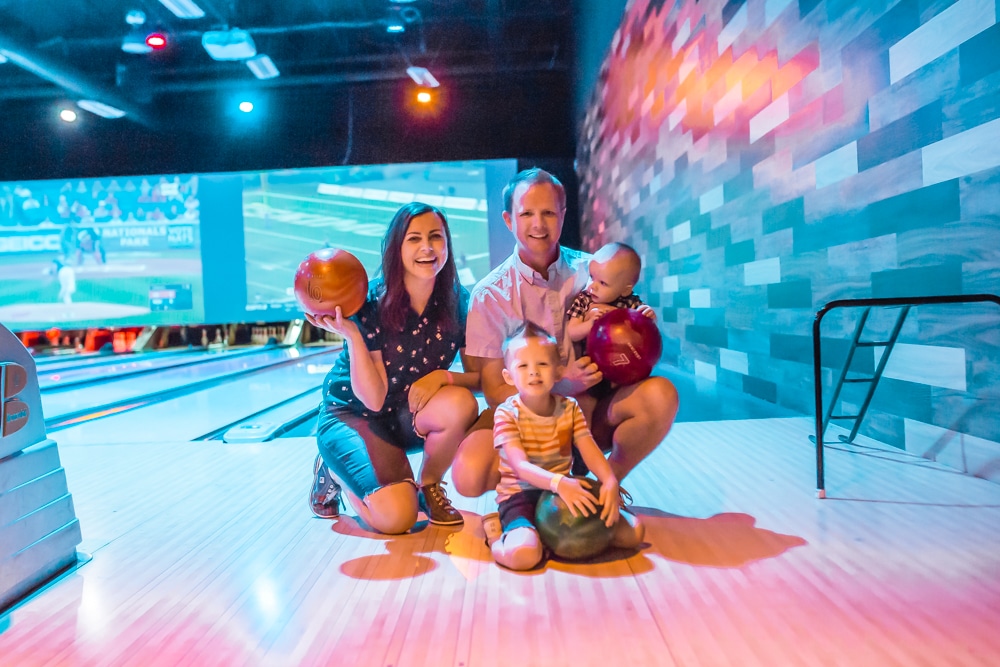