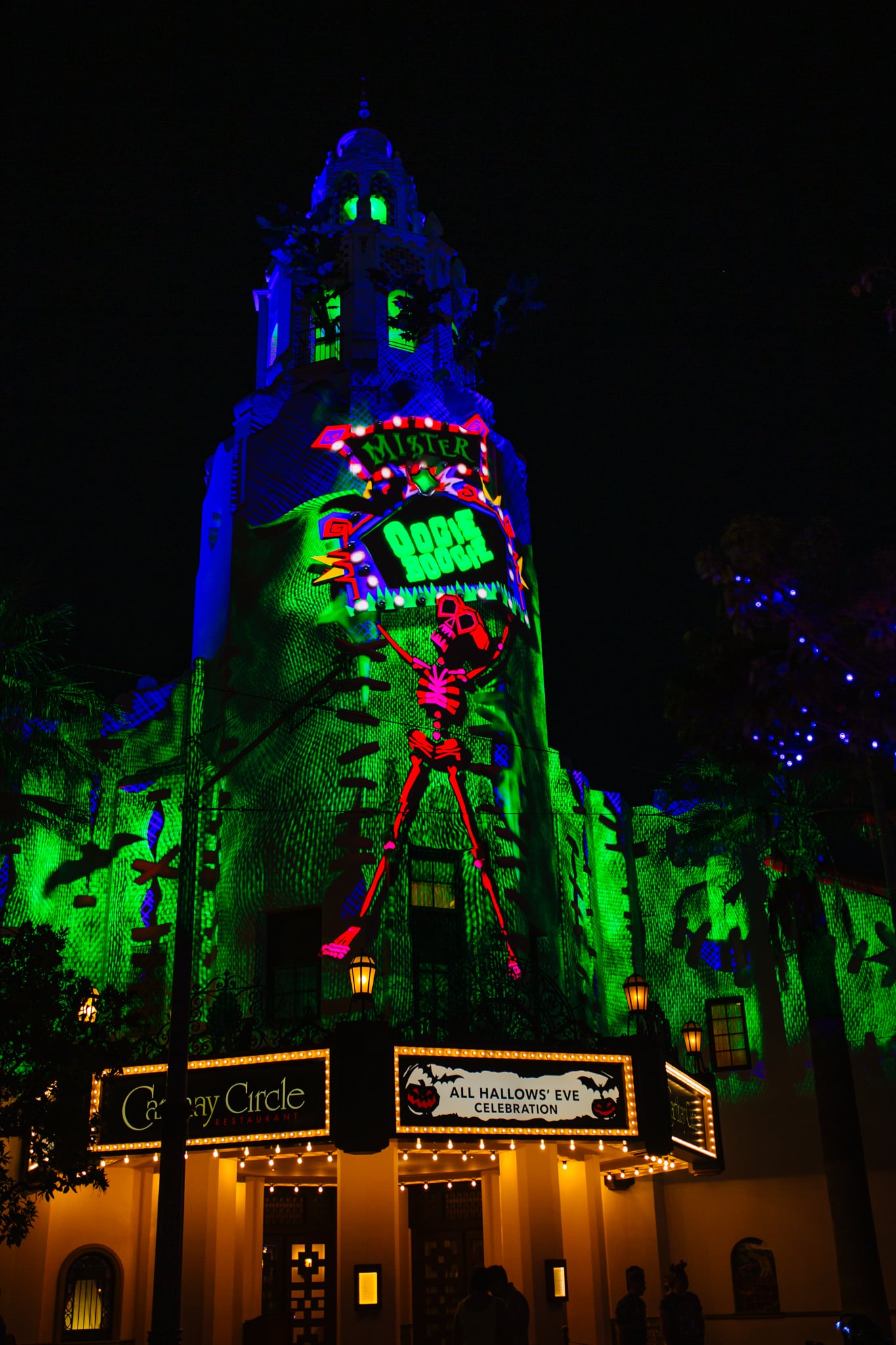 Disneyland at Halloweentime is our favorite! And perhaps my favorite night of the year is the night we attend the Oogie Boogie Bash! It’s two of my favorite things combined: Disneyland and Halloween.

If you remotely like either, you’re guaranteed to have an amazing time!

What is the Oogie Boogie Bash?

This is the Disneyland Halloween party! It’s a special ticketed after-hours Disney Halloween time party to celebrate spooky season. Party attendees come on select nights and will need to purchase a ticket for admission.
If you attend, expect to enjoy a bunch of Halloween festivities while they trick-or-treat through Disney California Adventure.

What to Expect at the Oogie Boogie Bash

You can enter that park at 3:00. If you’ve purchased the special event ticket, you do not need a park reservation. Once you enter, you’ll be given a special even wristband. This acts as your ticket during the party, so don’t remove it!

They’ll hand you a map of events as well as treat bags to collect treats.

The Party starts at 6:00 when all the spooky events start at the California Adventure Disney park.

The general public must leave the Disney California Adventure Park by 6:00 and only party attendees can stay with a party ticket. (I’d recommend a park hopper ticket to head over to the Disneyland park if you’re visiting the parks on a party night).

If you’re already in the parks before 3:00, you can head to the Blue Sky Cellar and pick up your wristbands and check in any time after 3:00. That requires park reservations and a seperate park ticket. Here’s our favorite way to buy discount Disneyland tickets.

What to expect at the Oogie Boogie Bash 2022

There are so many fun attractions, Halloween-themed entertainment, and special dining options.

The villains wiht candy treat trails may be the best part! Experience some hilarious villain magic while loading up on candy and other treats!

The map of the party does not include specifics about which character is at each trail, so we hope this helps you find them easier!

We labled a map to make it even easier to find them! If you want your own copy of it, grab it right here!

Want our labled map with easy visual keys to find character locations? Put in your email right here and we’ll send it your way!

There are two treat trails with just treats and no character interactions. They do usually give great treats and snacks, but you won’t meet any characters. We skipped the one in Cars Land this year since it was a ways to walk and we were there for characters. We did hit up the one by the entrance/exhit and were please to have full-sized Rice Krispy Treats and several snack bags.

There are plenty of fun things to experience! but if you want to sit back and enjoy some candy, these are fun entertainment shows exclusive to the special event!

This takes place in the Disney Theater in Hollywood Land. It’s a cute interactive show with a dance party and a not-so-scary story. If you have younger kids, they’ll love this, don’t miss it!

This is a Halloween parade you’ll only catch at the Oogie Boogie Bash! It shows twice during the party: Once at 7450 and again at 10:00.

10 minutes before the parade starts you’ll catch the Headless Horseman parade through the streets. The parade route starts by Pixar Pier and end between the Disney theater and the Guardians of the Galaxy ride.

Anywhere is a great viewing area. We love to sit on Buena Vista street and hit up the last parade. It’s less crowded, and we have easy access out of the park when the party ends.

Is the Parade Scary?

It’s not! Minnie Mouse and Mickey Mouse kick off the parade in Halloween costumes and remind you “Halloween is spooky fun!” You will see a few monsters like dancing ghosts, cute dancing vampires, and voodoo dolls in masks on stilts from The Princess and the Frog.

The Nightmare Before Christmas is heavily represented with a Jack Skellington and Sally float, as well as the mayor driving a car.

You’ll also find a lot of Haunted Mansion characters. They’re more on the cute and fun side than scary. Most kids really like the parade. Most adults love it!

The Redwood Creek Challenge Trail is transformed into some hauntingly beautiful scenes from some of your favorite movies. Expect music, sounds, smells, and special effects from your favorite villains. Everything has intention: visuals, lights, and sounds, so don’t miss anything lurking in the shadows! It feels like a magical dream with just the right amount of a Halloween twist!

Lines can be long, I’d recommend going towards the end of the party when they start to slow down.

Party guests will enjoy many fun photo ops throughout the park! Some are cool backgrounds, but many include characters.

The favorite this year is Minnie Mouse, Daisy Duck, and Clarabelle Cow dressed as the Sanderson Sisters from Hocus Pocus.

This year Bruno from Encanto and Merlin from The Sword and the Stone were both present for photo ops.

Mickey and Goofy also had their own Halloween photo ops at Pixar Pier Plaza.

Characters you might not typically see at the parks show up at the Oogie Boogie Bash!

But be on the lookout for your favorite villain! We’ve caught Caption Hook, The Evil Queen, and plenty of other Disney Villains ready for interactions and photo ops!

You can also check out several of the Cars Land characters in costume and cast members and Disney photographers are ready to help snag pictures while you’re there.

Several restaurants and food vendors have Oogie Boogie Bash exclusive food and beverages. We love to grab the Spicy chicken and fries from Flo’s Diner.

But if you want a little more upscale dining experience, they have two dining package options available for an extra cost.

This is a three-course dinner with an amazing front-row view of the parade. Expect delicious starters, the main course, and dessert while you enjoy the entertainment from a reserved table.

They offer specialty cocktails and mocktail options with a plate of sweet treats to try.

These are available during the Halloweentime season. But they’re extra fun to experience without the wait times! Ride times are extra short during an Oogie Boogie bash, and you’ll likely have time for a few!

Be sure to check out:

When is the Disney Halloween Party?

They start in early September and go through October 31st.

How do you get tickets to the Oogie Boogie Bash?

When do Oogie Boogie Bash tickets go on sale?

Typically, tickets go for sale in the middle of July. They typically announce the party and the dates in June. Be sure to sign up for Disney special events emails so you get exact dates, as well as the day tickets, go live for sale. Magic Key holders are able to purchase a reserved amount before the general public.
They do sell out in a day or two, so you’ll want to be ready the day they go on sale.

How much are Oogie Boogie Bash tickets?

Ticket prices vary depending on which date you choose. Prices start at $129 per person and go up to $179 per person.
Weekends and the last nights tend to run a higher rate. September tickets are typically the cheaper option.

How long is the Oogie Boogie Bash?

The party starts at 6:00 pm and ends at 11:00 pm. Ticket holders can enter Disney California Adventure at 3:00 if they wish to enjoy the park before the party starts.

More do than don’t. They certainly aren’t required, but it’s the one time you’re allowed to wear a costume at Disneyland!
Many go all out missing zero details in their Disney costumes! Some wear non-Disney costumes. Most wear some version of a Disney costume or bound.
However, our first year, we wore all Nightmare Before Christmas shirts and ears, and we blended in just fine! Since the weather is still quiet warm, many love themed t-shirts and shorts to stay cool on party nights.

Is this only offered at Disneyland Resort?

Like this complete guide to the Oogie Boogie Bash? Be sure to check out these Disney posts too:

How to Use Packing Cubes: Our Favorite Family Travel Hack!
Scary Pumpkin Stencils: Free Printable!
Best Dresses for photoshoot: How to choose the right outfit for a photoshoot
Holiday Parties 2014 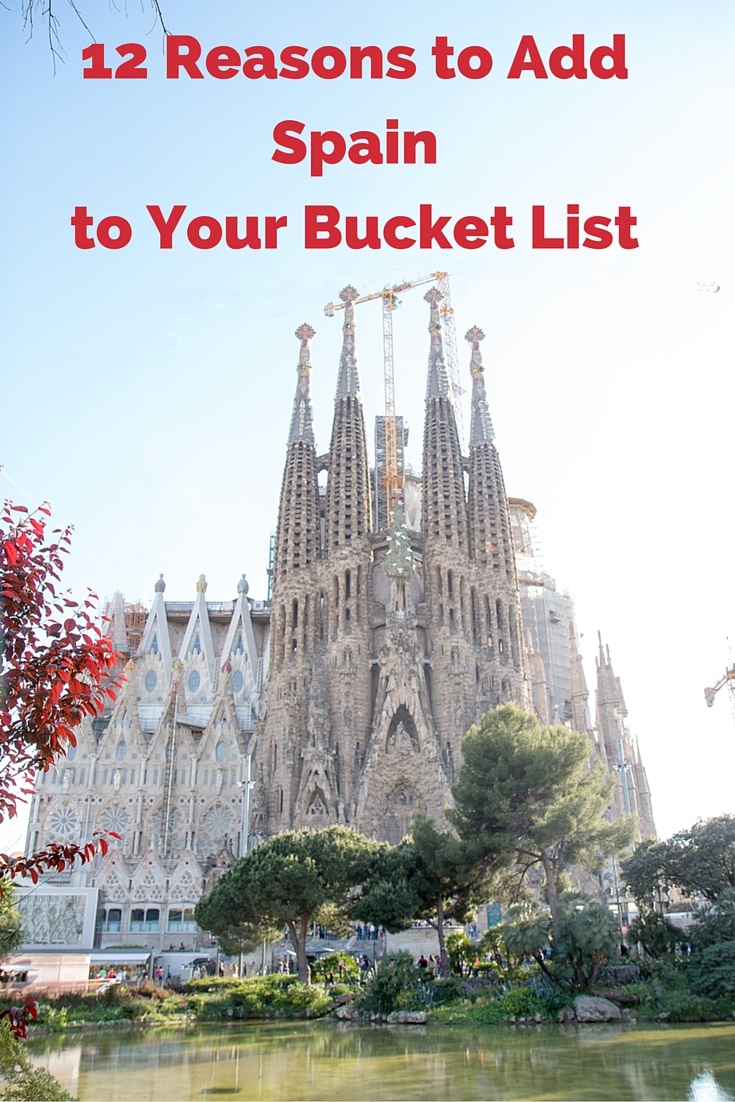 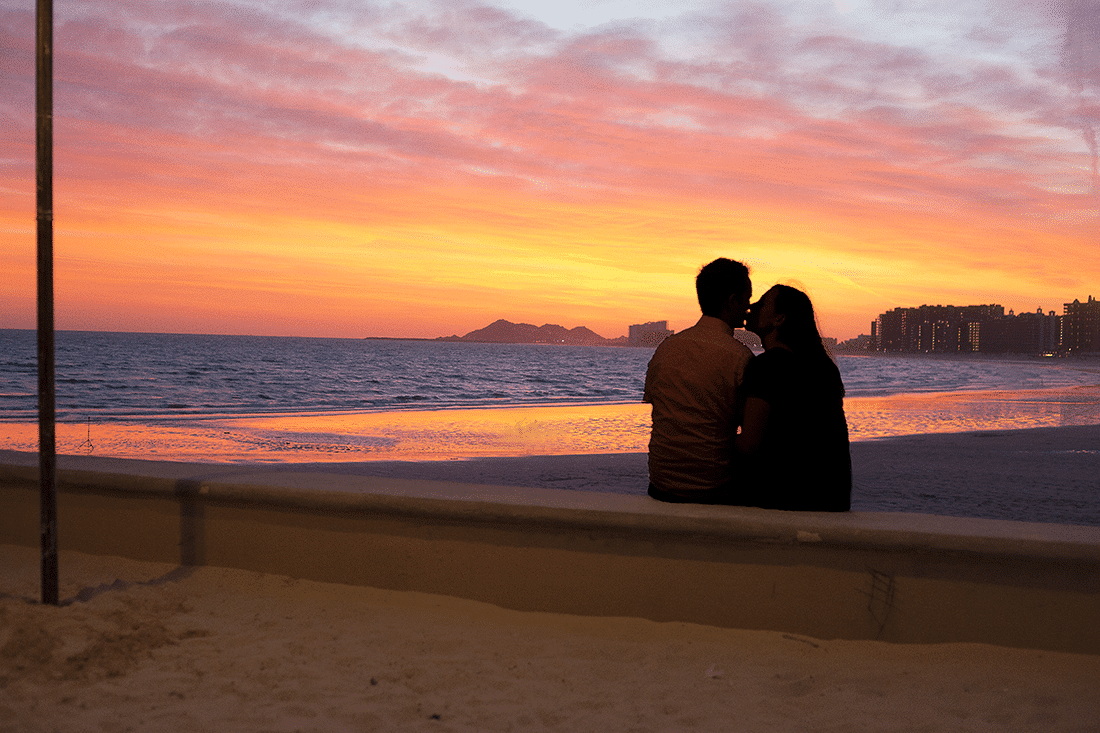 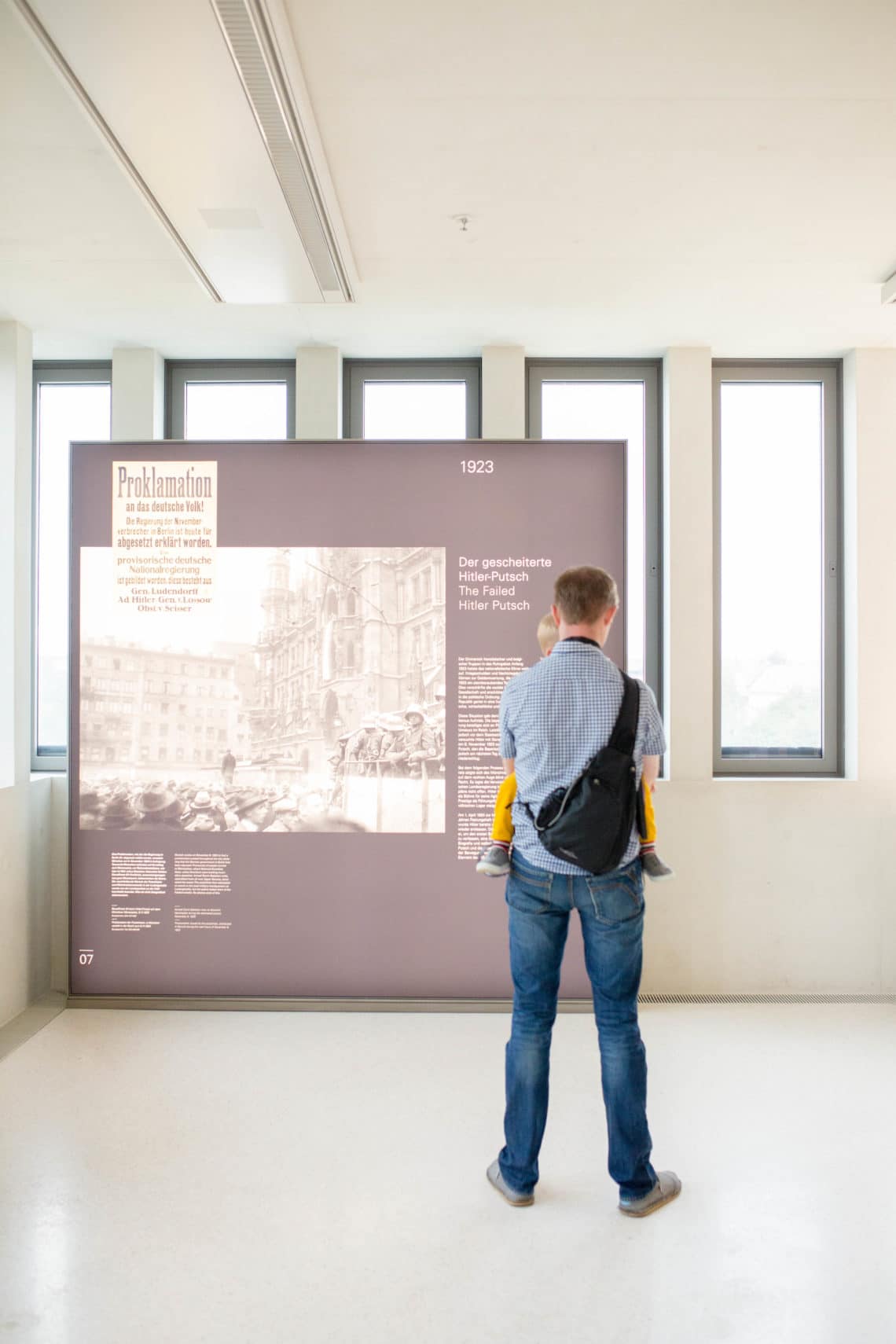 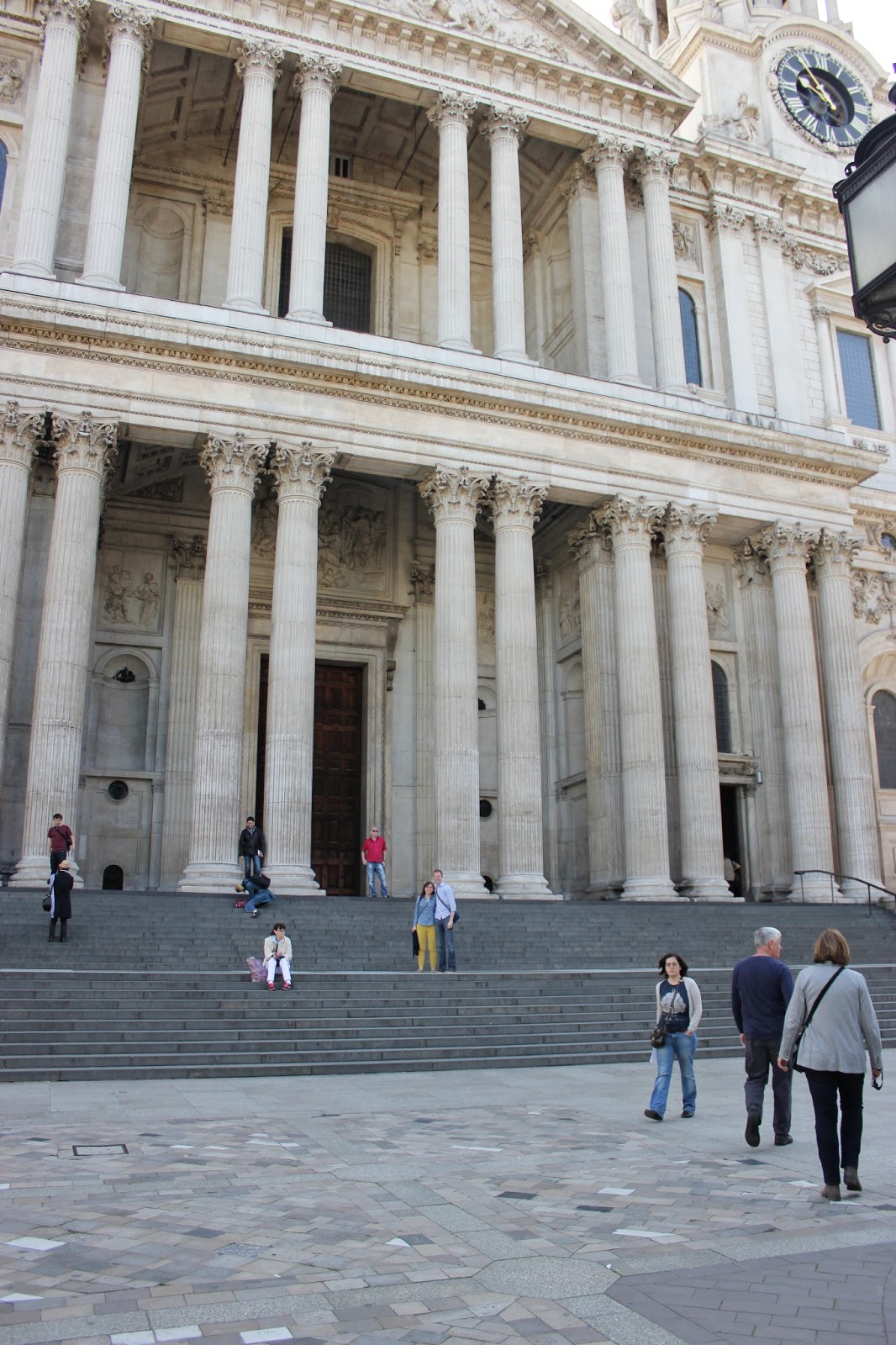 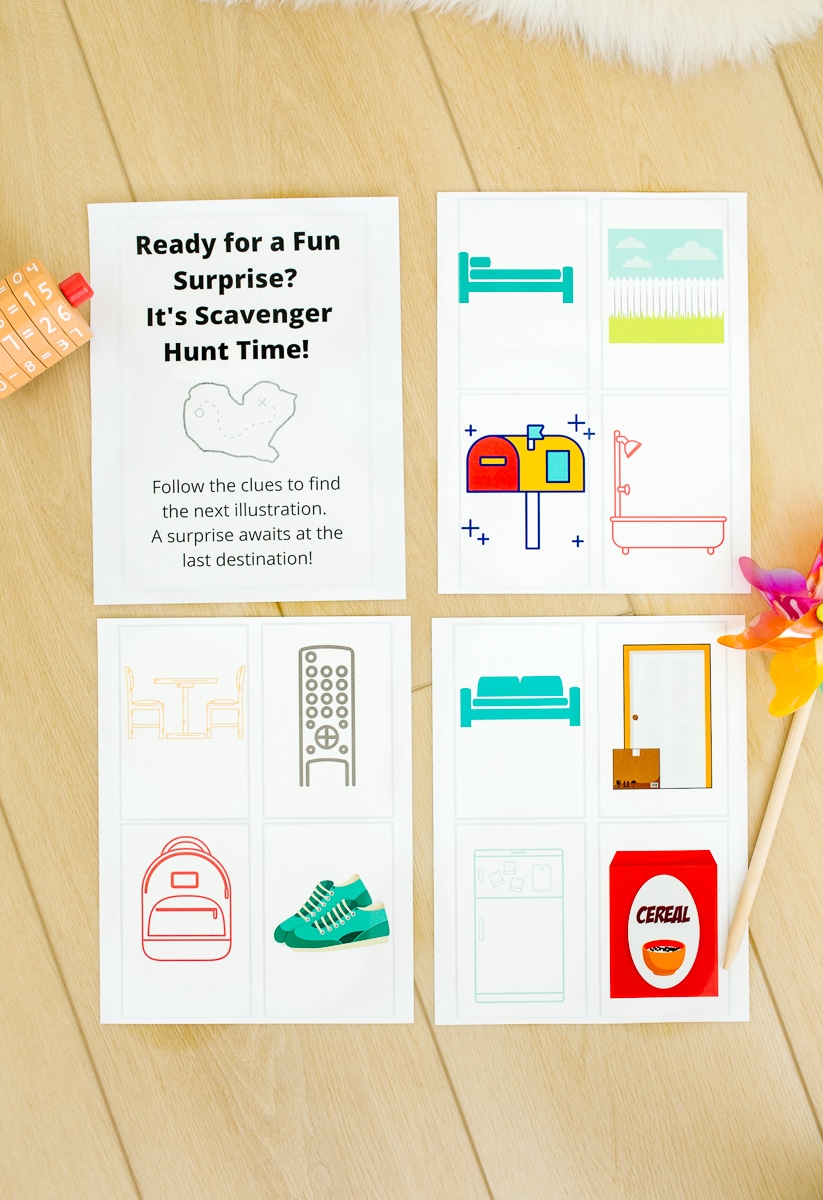